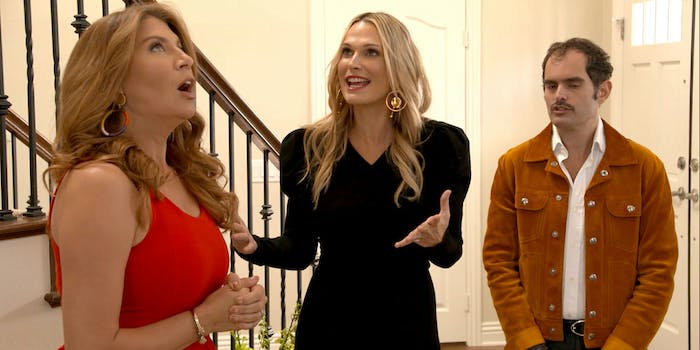 How to watch ‘Best Room Wins’ for free

The world of interior design is about to get even more cutthroat. Best Room Wins, hosted by interior design maven Genevieve Gorder and Elle Decor editor-in-chief Whitney Robinson, will pit interior design teams against each other over which designers can create luxury looks on the cheap.

After they are given a design theme and inspiration from million-dollar estates, designers must sweat it out to decorate a room according to a couple’s specific vision—all for less than $25,000. Then, rooms will be judged on three criteria: overall design appeal, allocation of budget, and client satisfaction. The winner receives a coveted full-page spread on ElleDecor.com.

Here’s everything you need to know to watch Best Room Wins online for free.

When does Best Room Wins premiere?

How to watch Best Room Wins online for free

The Bravo channel is available on the following live TV streaming services, which also conveniently provide a one-week trial, allowing you to watch Best Room Wins for free. Here’s everything you need to know about each one.

For a more à la carte service, look to Sling TV. It offers two cable packages, Sling Orange and Sling Blue, both of which cost $30 per month. Bravo is only available with the Sling Blue plan. If you bundle them together (Sling Orange + Blue) you can save $10 per month. But Sling Blue on its own offers plenty of bang for your buck, with over 40 channels, including sports necessities like FS1, NBCSN, and NFL Network. You’ll also gain access to the usual cable mainstays like Food Network, Discovery, Cartoon Network, SYFY, and FXX. Here’s the complete guide to Sling TV channels.

How to catch up on Best Room Wins episodes

Many cable channels let you live stream directly from their site or on an app, and Bravo is no different. Simply go to the channel’s website, select a video to watch, and them fill in your login information from the above services when prompted. Unfortunately, Sling TV won’t work for this. This same procedure works with the Bravo app.