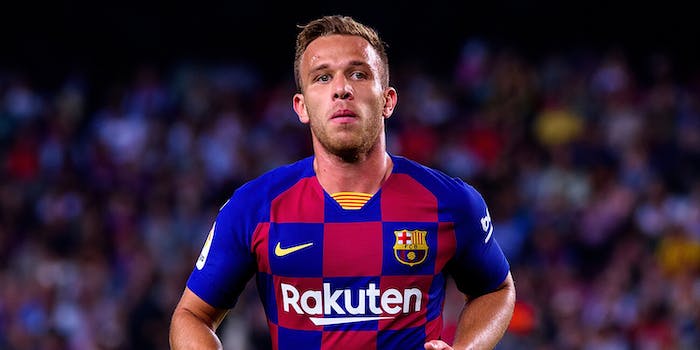 How to stream Barcelona vs. Inter Milan

It's one of the best Champions League matches of the week, featuring the current Serie A leaders against mighty Barcelona.

Barcelona’s opening match in the Champions League was a scoreless draw against Borussia Dortmund. Though the team’s clearly been missing Lionel Messi—who has battled injury in the early part of the season—it’s relying on other players in its stable of stars to get it going in La Liga play. On Wednesday, the perennial Spanish champions will get another stern test in what might be the toughest of the Champions League groups. They’ll face an Inter Milan squad currently at the top of the Serie A table.

Here’s everything you need to know to live stream Barcelona vs. Inter Milan, including what to watch for on the pitch.

Sling TV provides two base channel package options, each priced at $25 per month. Sling Orange includes three ESPN channels, while Sling Blue includes sports channels like NBCSN (where many Premier League matches appear), NFL Network, and local channels. (Sling Blue customers in select markets get NBC, where some Premier League matches appear; see if yours has it here.) If you’re Team “Why Not Both,” Sling Orange + Blue combines the two for just $40 per month. To add beIN SPORTS to catch La Liga action and maximize your soccer-watching potential, you’ll want to add either Sports Extra: Sling Orange ($5 per month) or Sports Extra: Sling Blue ($10 per month). (The latter also includes NFL RedZone.)

Barcelona vs. Inter Milan: What to watch for

It’s likely that Messi won’t be active for this match. Ousmane Dembele subbed for Messi at halftime in last Tuesday’s La Liga match, thanks to Messi’s adductor injury, and he could be a factor here. Of course, Barca still has the likes of Antoine Griezmann, Luis Suarez, Arthur Melo, and Ansu Fati to draw from for offensive firepower. (Which is a good place to be.)

Inter, meanwhile, is enjoying an excellent start to the season from Romelu Lukaku, the Belgian striker who moved over from Manchester United over the summer. He could be enjoying an excellent new phase of his career. Another former Red Devil, Alexis Sanchez, has also landed in Milan to potentially rebound from a decided dip in form from his Arsenal days.