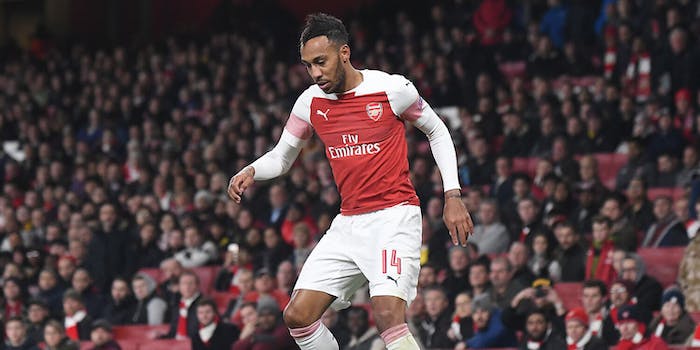 How to stream Arsenal vs. Tottenham Hotspur

Arsenal hosts Tottenham Hotspur on Sunday. Are you a fan of either team? Good, good, let the hate flow through you.

If you’re a fan of either Arsenal or Tottenham Hotspur, you’ve likely had this match circled on your calendar since this season’s Premier League fixtures were released. If you’re a neutral, welcome to arguably the best matchup of the week. The North London Derby, as it’s known, is one of the most reliably entertaining derbies in soccer. Both teams challenge for Champions League and Europa League places perennially, and their fans don’t like each other very much.

Here’s everything you need to know to live stream Arsenal vs. Tottenham Hotspur, including what to watch for on the pitch.

Arsenal vs. Tottenham Hotspur: What to watch for

Arsenal had a rough weekend at Anfield: The Gunners lost 3-1 to Liverpool in Week 3, derailing the perfect start they had in the first two weeks of Premier League play. They’re still third in the table, though, and new additions Dani Ceballos and Nicolas Pepe look like they belong. Ceballos had a bit of a breakout in Arsenal’s home opener against Burnley two weeks ago; perhaps it’s Pepe’s turn to show his quality?

Spurs similarly had a rough weekend, losing 1-0 to Newcastle in a match in which many Spurs fans did not feel a special kinship with referee Michael Dean. They couldn’t equalize, leaving Joelinton’s 27th-minute goal as the game-winner, and as a result, they’ve dipped to seventh in the table after drawing with City the week before. They’d love nothing more than to get their winning mojo back in front of their most hated rival’s home crowd.