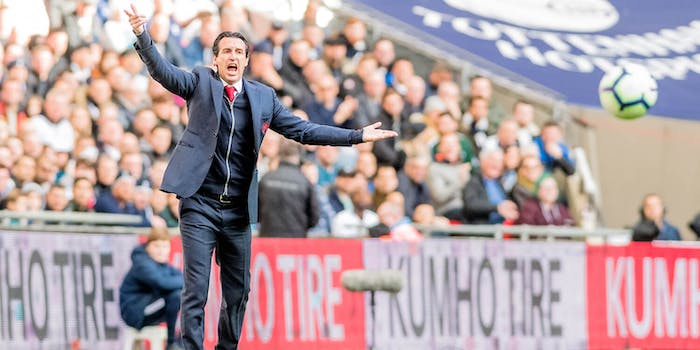 How to stream Arsenal vs. Sheffield United

Arsenal is coming on strong.

Arsenal got a goal in the ninth minute from David Luiz in its most recent match against Bournemouth, and that’s all it needed to secure a 1-0 victory and a rise to third in the Premier League table. On Monday, the team travels to Sheffield looking to further solidify a possible return to Champions League play.

Here’s everything you need to know to live stream Arsenal vs. Sheffield United, including what to watch for on the pitch.

Arsenal vs. Sheffield United: What to watch for

Pierre-Emerick Aubameyang is among the Premier League goal leaders with seven in the first eight, though a number of Arsenal players have had a role in the team’s early-season success. Mesut Ozil, however, has not been one of those players, and his omission from the lineup is still casting a bit of a shadow over manager Unai Emery. Still, though, results are results, and Arsenal’s had a solid run of those lately.

Sheffield United, who has recently played Liverpool tough in a 1-0 loss, drew 0-0 against Watford its last time out. Given that Watford doesn’t get results against many teams, that might not bode well for Sheffield United, but Watford was able to muster a draw against Arsenal earlier this season, so the Blades doing the same isn’t out of the realm of possibilities.