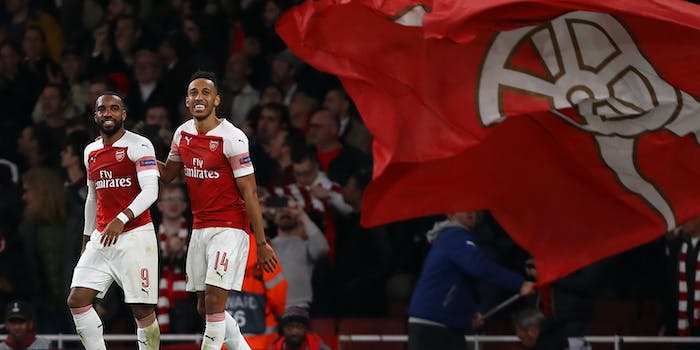 How to stream Arsenal vs. Burnley

Arsenal, fresh off a win in its 2019-20 Premier League opener, hosts Burnley for Saturday's early match.

Here’s everything you need to know to live stream Arsenal vs. Burnley, including what to watch for on the pitch.

Arsenal vs. Burnley: What to watch for

Arsenal’s 1-0 win over Newcastle last week was a thorough if not outright dominant performance. The Gunners dominated possession, tallied over 600 passes with a solid completion rate, and got a nice goal from Pierre-Emerick Aubameyang, putting him into the Golden Boot race—though not quite at the rate of some other top Premier League scorers. Mesut Ozil and Sead Kolasinac missed the opener entirely, held back from traveling following a bizarre attempted carjacking near Ozil’s London home last month. Meanwhile, new signing Nicolas Pepe got in a 20-minute run, not making nearly the impact he’s expected to during the season.

Burnley opened its campaign with a 3-0 home win over Southampton, good enough to placeit in a tie for fourth in the Premier League standings after Week 1. Manager Sean Dyche has skippered Burnley since 2012, taking the club from the Championship to the Premier League, then doing it once more following a 2015 relegation. Though Dyche’s men lack in big-name talent compared to Arsenal, they’re consistently cohesive and defensively organized.