How to stream NXT for its USA network debut

As we’ve known since mid-August, WWE is moving its Wednesday night wrestling show NXT to USA Network starting Wednesday. If you have a passion for the plucky spirit of indie wrestling but also love the polished production of WWE, you should check out NXT. It’s easy to see how it’s earned such a dedicated following since its 2010 debut. Plus, it’s a great way to keep an eye out for up-and-coming talent (WWE faves like Becky Lynch, Seth Rollins, and Roman Reigns all hail from that promotion).

While the NXT show normally will run two hours, the first two episodes on USA will air in two parts to allow law drama Suits to wrap up its last two episodes. The second hour will air live on WWE Network for those two weeks. Then, beginning Oct. 2, USA will begin airing the full two-hour show. It’s also worth noting that NXT TakeOver events will remain exclusive to WWE Network, so you’ll need a membership there if you want to watch those PPV-style cards.

How to stream part one of NXT Hulu with Live TV is definitely one of the most popular ways to stream live TV—probably because you gain access to a massive library of on-demand content including classic and current TV shows and movies along with Hulu’s original programming. As far as live-streaming is concerned, you’ll have almost 60 channels to flip through, including USA, HGTV, a full suite of ESPN channels, Cartoon Network, FX, and even deep cuts like Nat Geo Wild and Syfy. Here’s the complete list of Hulu Live TV channels. 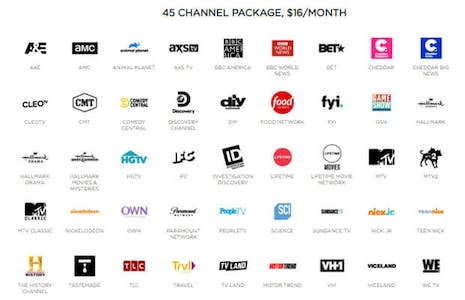 If you’re a fan of WWE’s other weekly shows, you can watch them on Sling TV. It offers two cable packages, Sling Orange and Sling Blue, both of which cost $25 per month. If you grab them both (Sling Orange + Blue), you can save $10 per month. Sling Blue offers more bang for your buck with m0re than 40 channels, including sports necessities like FS1, NBCSN, and NFL Network. You’ll also gain access to the usual cable mainstays like Food Network, Discovery, Cartoon Network, SYFY, and FXX. Here’s the complete guide to Sling TV channels. 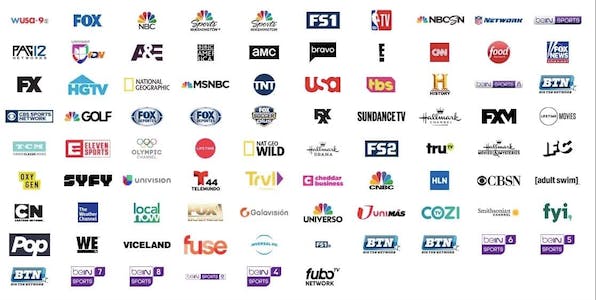 If you’re into sports beyond wrestling, FuboTV is your best streaming service option. FuboTV’s basic plan showcases nearly 100 channels. At $54.99 per month, you’ll also get FS1, FS2, NBCSN, NBA TV, Big Ten Network, Pac 12 Network, BeIn Sports, and CBS Sports Network, along with premium channels like FX/FXX/FXM. The only notable omission for sports fans is ESPN. You can add Fubo’s Sports Plus package for an additional $8.99 per month, which allows you to stream NFL RedZone. (Here’s the complete FuboTV channels list.)

There’s a good chance that you’re already looking to AT&T for your wireless needs, so why not add TV too? The second you sign up, you’ll gain instant access to more than 45 channels, including local channels and even free HBO on PLUS and MAX channel suites. Plus, it comes with CloudDVR which lets you record up to 20 hours of TV per month. One account works on two devices, but you can add more devices for only $5. 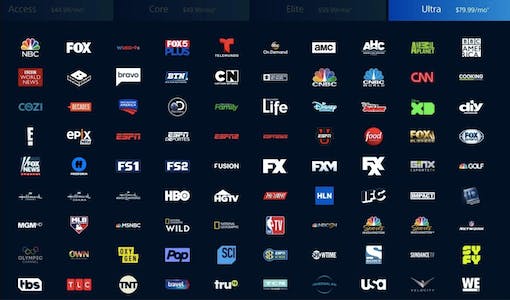 If you have a PS4 and like the idea of having your gaming and streaming needs met in the same place, PlayStation Vue is made for you. Jumping from your favorite game to your favorite show is seamless, and controlling it is as intuitive as playing an actual game. After all, your PS4 controller is your remote. Still, you don’t need a PS4 to enjoy this service. You can also use a Roku, Amazon Fire devices, and even Kodi. Plus, you’ll get awesome channels like AMC, BBC America, and Bravo in PlayStation Vue’s entry-level package. One subscription works with up to five devices, all with unlimited cloud DVR storage, which makes it one of the most binge-friendly solutions. (Here are all of PlayStation Vue channels.) 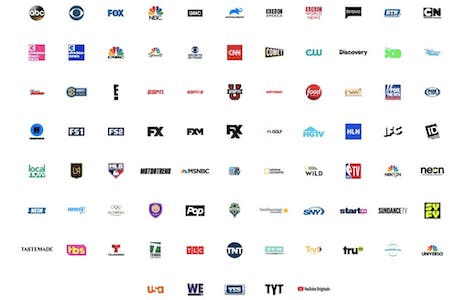 How to stream part two of NXT Since the first few episodes of NXT will only be partially shown on USA, WWE Network is the best way to stream the second half. Remember, you’ll only need WWE Network to watch the second half of the NXT on USA shows until Oct. 2. If you’re not already a convert to WWE Network, the news is good: Your first month is on the house, which means you can watch the show without paying a nickel. After that, the service costs just $9.99 per month and you can cancel anytime.

Considering WWE Network lets you stream all 14 yearly pay-per-view events at no additional cost, that’s an incredible deal. Seriously, just think about how many times you’ve paid $60 to watch one PPV. For that same amount, you’ll get a whole year of WWE Network and access to all past events. Between NXT, RAW, and Smackdown Live, you’ll be able to watch all your faves hit the mat on a weekly basis, and you’ll also get access to documentaries, reality programming like My Son/Daughter Is a WWE Superstar, and originals like Wrestlemania Rewind. 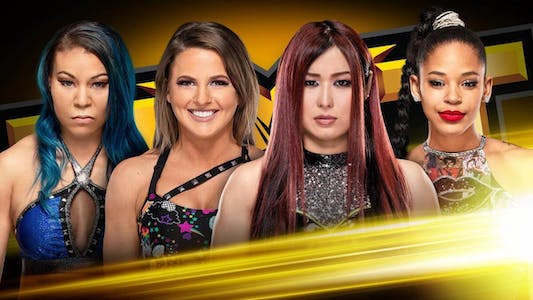 Here’s everything (that we know about so far) that you can look forward to on this week’s installment of NXT on USA (“c” indicates current titleholder):