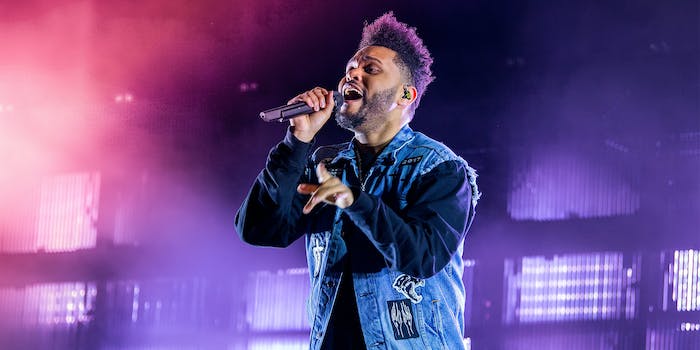 Expend blinding lights when The Weeknd throws it down at the halftime show.

This year’s edition of the Super Bowl halftime will be the second consecutive year the sports holiday will be held in Miami’s Hard Rock Stadium. The long-awaited halftime show will be headlined by celebrated singer-songwriter-rapper The Weeknd. Here’s everything you need to know to stream the Super Bowl Halftime Show live.

Country music singer Eric Church and R&B singer Jazmine Sullivan will be performing a duet of the National Anthem. After that, audiences across the nation will be blinded by the lights. The Weeknd didn’t let 2020 slow him down. He performed on top of a New York City skyscraper at last fall’s VMA’s. Fireworks served as background performers at the AMA’s. And now, to top off a string of successes, The Weeknd will perform on music’s biggest stage, to one of America’s most favorite holidays outside of Christmas: The Super Bowl.

What is the 2021 Super Bowl Halftime Show?

This year’s Super Bowl LV and the 2021 Super Bowl Halftime Show will be broadcast on CBS, and will live stream via the following streaming services.

Sling offers two cable packages, Sling Orange and Sling Blue, each of which costs $30 per month. If you grab them both (Sling Orange + Blue) you can save $15 per month. To be clear, CBS is not normally available on Sling, but through the magic of AirTV, you can get all your local channels in a system that plays nice with Sling. A complete AirTV set up will allow you to get all your local channels and free you up to choose Sling—if a lack of CBS is what’s holding you back.