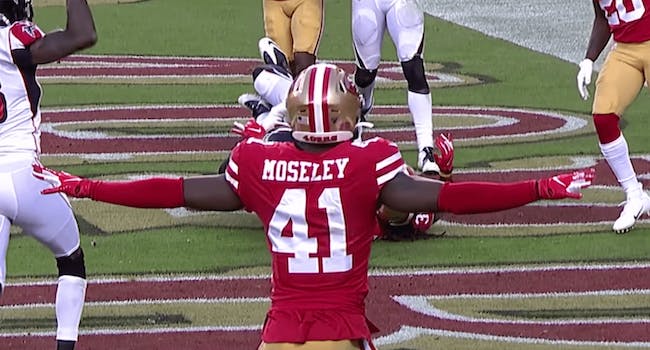 NFC Championship: How to stream Packers vs. 49ers live

Two top NFC, teams will try to exploit each other's depth issues and earn a ticket to the Super Bowl.

This is what football is supposed to be: The two best teams in the conference facing off for a shot at the Super Bowl.

If you’ve been following the NFL closely all season, you might wince at the idea that the Green Bay Packers are one of the best teams in football. With their sometimes anemic offense and middling 15th-ranked defense, they haven’t seemed like a great team despite their 13-3 record. They certainly don’t have as many memorable, dominant performances as their opponents, the San Francisco 49ers.

But you are what your record says you are, and the Packers have found a way to win under new head coach Matt LaFleur. While flashier teams like the Saints are sitting at home, the Pack is still playing football. Week after week, Aaron Rodgers, Aaron Jones, and Davante Adams have done enough to eke out victories.

While perhaps the 49ers looked more dominant than the Packers during the regular season, thanks to their awesome defense, they also have issues with depth. The dominant second-ranked D has sometimes had to bail out a strangely uneven seventh-ranked offense.

When they are playing their best, these two teams shine. But, if you take away their key weapons, they suddenly seem mortal. Which team will be able to exploit the other’s weaknesses? We’ll find out on Sunday night.

Here’s everything you need to know to live stream Packers vs. 49ers.

Packers vs. 49ers live stream: How to watch the NFL Playoffs online

This game will be broadcast on Fox, and will live stream via the following streaming services.

Other features include a Free Cloud DVR tier for all subscribers (allowing 10 hours of recording a month), the ability to record all live linear channels, and no VOD preemption on any channels.

Both of these teams have a surprising lack of offensive depth considering how productive they have been this season. In Green Bay, there aren’t many stars outside of Aaron Jones and Davante Adams. In San Francisco, the offense has generally run through tight end George Kittle.

Though the Vikings got stomped by the 49ers last week, they laid out a way to stop the San Francisco offense. The Vikings focused on Kittle, limiting him to 16 yards, and no Niners receiver went over 42 yards. But unfortunately for the Vikings, they couldn’t stop the run. San Francisco cruised to victory on the strength of Teven Coleman’s 105 rushing yards and two touchdowns.

For a blueprint to beat the Packers, the Niners just have to look at what they did in November. In that matchup, San Francisco sacked Aaron Rodgers four times and limited him to 104 yards passing. Jones and Adams combined for less than 100 yards.

Both teams will look to take away the other’s best offensive weapons and force them to find production from lesser players. While Rodgers is the more experienced quarterback, the 49ers defense seems better built to execute its game plan. And while Jimmy G may not yet be as good as Rodgers at his peak, he has developed steadily even while surrounded by inconsistent weapons this season.

It’s hard to pick against Rodgers in a clutch moment, but San Francisco’s defense has been able to force its will on games in a way that the Packers D hasn’t.

This game could go either way, but we will take San Francisco in what could be one of the best championship games in recent memory.