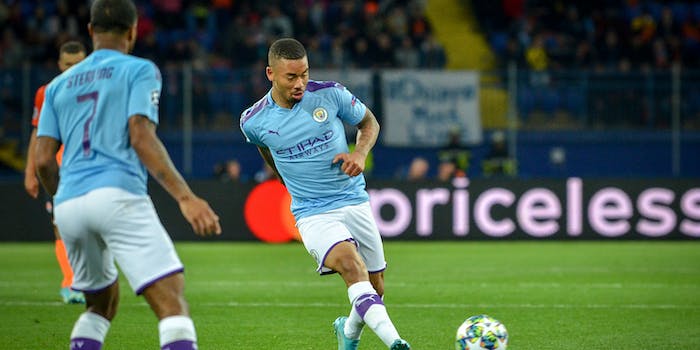 How to stream Manchester City vs. Aston Villa

City's in control of its own destiny again. Can they stop Villa's win streak to keep it that way?

Manchester City finally got to gain some ground on Liverpool in the Premier League race, handling Crystal Palace 2-0 on Saturday, and then enjoying cross-town rival United puncturing Liverpool’s perfect season on Sunday with a 1-1 draw. Manchester City returns home for three engagements in the next eight days, starting with an Aston Villa team back in the Premier League after a few years away.

Here’s everything you need to know to stream Manchester City vs. Aston Villa live.

Manchester City (recent form: LWWLW) got a win over Palace last weekend thanks to goals from Gabriel Jesus and David Silva within two minutes of each other toward the close of the first half. It was also the team’s first clean sheet since the utter dismantling of Watford three weeks ago.

While Manchester City’s still six points off the pace of Liverpool, its destiny is back in its hands. Winning out, including in its two upcoming matches with the Reds, would assure City of a title repeat—assuming it keeps the goal-differential advantage it currently enjoys. Manchester City will have an odd deja vu coming up, hosting Southampton midweek for League Cup and then again next weekend to continue the Premier League season.

Aston Villa (recent form: DLDWW) continued its recent winning ways with a 2-1 win over Brighton Hove and Albion last Saturday, with Jack Grealish equalizing just before halftime and Matt Targett providing the stoppage-time winner. It wasn’t quite the emphatic win of last week, a 5-1 win at Norwich City (which was actually 5-0 until late), but it’s a good sign that Aston Villa will at least stay up. As a result, the back-to-back wins have vaulted the Villans to 12th.