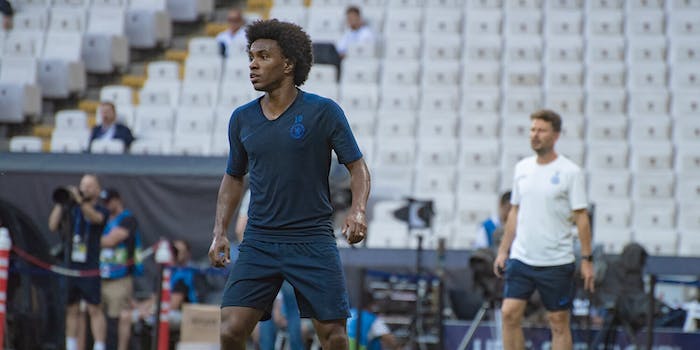 How to stream Chelsea vs. Ajax in the Champions League

Ajax's continuing last year's Champions League success—but will Chelsea get in the way?

Both Chelsea and Ajax had European tournament success last year, with Chelsea winning the Europa League final and Ajax making a deep run in Champions League, coming one Lucas Moura miracle from reaching the final. This year, the teams ended up in the same Champions League group, where Ajax is currently leading with two wins out of the gate. Chelsea hopes to change that when it comes to Amsterdam on Wednesday.

Here’s everything you need to know to live stream Chelsea vs. Ajax, including what to watch for on the pitch.

The match is on TNT, TUDN and B/R Live; the following services provide a one-week trial and therefore an easy way to watch Champions League matches for free.

Chelsea vs. Ajax: What to watch for

Chelsea’s prior Champions League outing was a 2-1 win over Lille, offsetting its opening day 1-0 loss to Valencia. In that match, Tammy Abraham and Willian proved the goals needed to get past the French side. More recently, in Saturday’s Premier League match, Marcus Alonso’s 73rd-minute goal was just enough for Chelsea to outlast Newcastle and leapfrog Arsenal to reach fourth in the table. Christian Pulisic had a good sub turn in that one, perhaps taking a bit of the sting out of his trip back to the States.

Ajax, despite losing some star players from last year’s epic run, won its first two Champions League matches, including a 3-0 win over Valencia to match its 3-0 opening day win over Lille. The squad’s also at the top of the Eredivisie table, unbeaten in 10 matches, but with a big Die Klassieker rivalry match coming up against Feyenoord on Sunday. Though Ajax has some of its key players from last year featuring–owing to the team’s continued success, Americans will be interested to see if Sergino Dest, currently contemplating an international commitment to either the United States or Netherlands, will get a test on his home turf.