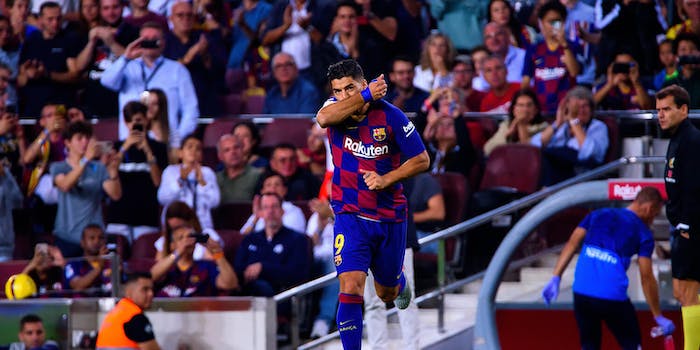 How to stream Barcelona vs. Slavia Praha in the Champions League

Barcelona's looking for a chance to take the Group F lead in Champions League on Wednesday.

Barcelona’s on a recent win streak that dates back to Sept. 24 and includes a 2-1 win over Inter Milan in one of the best Champions League group stage matchups to date. While still tied for the group lead against a Dortmund team that Barca dueled to a 0-0 draw, that could change Wednesday when Dortmund runs up against Inter while Barca takes to the road to face Slavia Praha.

Here’s everything you need to know to live stream Barcelona vs. Slavia Praha, including what to watch for on the pitch.

The match is on TNT, TUDN and B/R Live; the following services provide a one-week trial and therefore an easy way to watch Champions League matches for free.

Barcelona vs. Slavia Praha: What to watch for

Not all is ideal at FC Barcelona—after all, there’s political unrest forcing La Liga to postpone the El Clasico battle that was set for Saturday—but the team does look to be firing on all soccer cylinders following an early season set of hiccups as Lionel Messi struggled to get back from injury. On Saturday, all three members of the MSG front line (which is what Messi, Luis Suarez, and Antoine Griezmann really should be called) got on the scoresheet as Barca handled Eibar.

Slavia Praha is atop the Czech First League and holding its own in Champions League, losing to Dortmund last time out but drawing against Inter in its opener. Romanian international Nicolae Stanciu is one of the few-non-Czech standouts on the squad, while midfielder Tomas Soucek has been the most productive player in the first part of the season.

While this looks like a chance for Barca to slide into the Group F league, don’t count out Slavia Praha’s ability to hang tough at home.