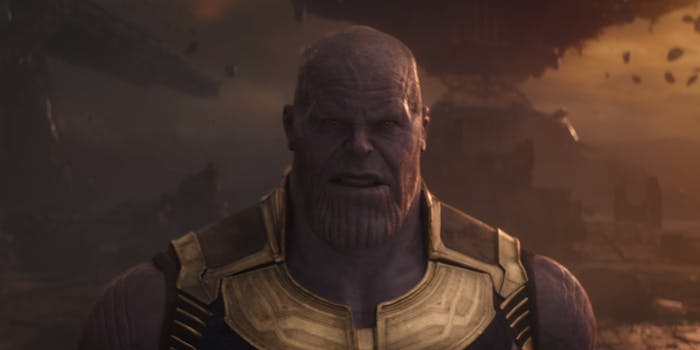 How long is ‘Avengers: Infinity War’?

This film is hefty, but oh-so worth it.

After 23 box office hits and more than 50 hours of viewing, the extended MCU has given fans plenty of content to enjoy. We’ve seen our favorite characters progress from their origin stories through world-ending wars. In some cases, we’ve even been there to mourn their deaths. Phase 3 of Marvel Studios’ master plan came to an end with July’s Spider-Man: Far From Home, but we still have Phase 4 to look forward to. Before fans can enjoy Peter Parker’s overseas adventure or dream of what Guardians of the Galaxy 3 has in store, however, they’ll want to catch up on previous releases.

One film that has many people nervous is Avengers: Infinity War. Between its heartbreaking ending and impressive runtime, the movie has some fans approaching with caution. While many viewers would love nothing more than to curl up on the couch with their favorite Avenger plushie and turn on Infinity War, some people first want to know how much they’re signing up for.

Thankfully, this Marvel favorite is on Netflix, for now, which makes it available to a much wider audience.

Fans without a Netflix account aren’t out of luck either—you can rent the third Avengers flick through Vudu or Amazon Prime in a pinch.

The Infinity War runtime pales in comparison to some of cinema’s lengthier films—looking at you, Peter Jackson. Still, clocking in at a bit under three hours—149 minutes, to be exact—Infinity War is a long film. Most of the MCU’s library lingers around the two-hour mark, with each Avengers installment adding a few extra minutes. Avengers: Endgame still boasts the longest runtime of all, with more than three hours of superhero action.

Infinity War may not be the longest MCU release, but it’s nothing to scoff at either. Fans who are concerned about finding the time to enjoy the third Avengers movie might have to rearrange their schedules to fit the full tw0-hour-and-40-minute movie in. While the Infinity War length might seem daunting, trust us when we say it’s absolutely worth it.