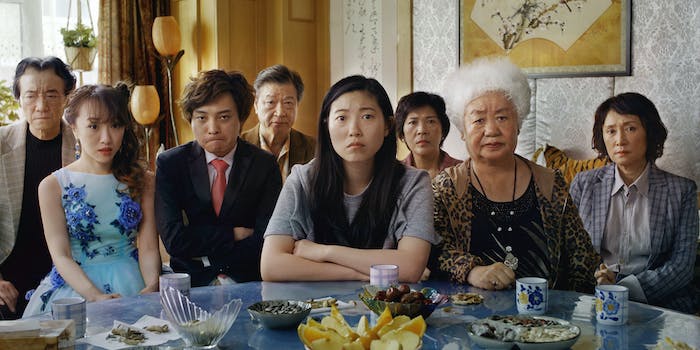 Indie comedy-drama The Farewell is one of the most acclaimed movies of 2019, and it just beat one of Avengers: Endgame‘s box office records.

Written and directed by Lulu Wang, it’s an ensemble family drama starring Awkwafina as a Chinese-American woman whose grandmother is diagnosed with terminal cancer. It earned universally positive reviews at festival screenings, and while it’s only on limited release in four theaters (for now), it earned more money per screen than Endgame.

There are a number of different ways to judge a film’s box office success, which is why we hear so many stories about new Star Wars and Marvel movies breaking certain records. The most obvious is how much money a film makes overall, although that’s always offset by how much a film costs to make and promote. Then there’s the per-screen average, which is where The Farewell comes out strong. It may only be available in four screens right now, but those four screens are popular as hell.

As of now, this movie has the highest per-screen average of the year.

Screening in 4,662 theaters on opening weekend, Avengers: Endgame earned a per-screen average of $76,601. Meanwhile, The Farewell’s average was $87,800. Distributed by A24 (a company known for releasing indie hits like Hereditary and Lady Bird), these numbers guarantee that The Farewell will expand to more theaters, suggesting that while it’s not yet a household name, it may be one of 2019’s sleeper hits.