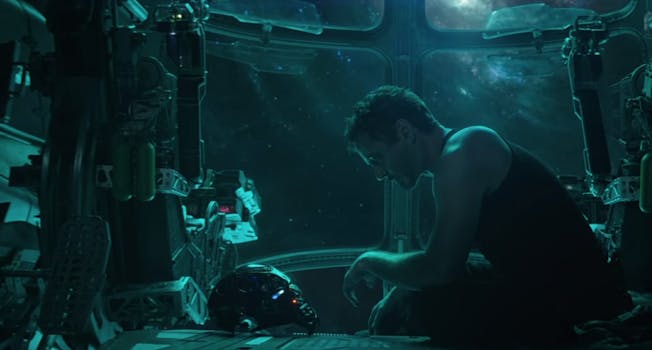 Now fans know which Avengers are coming back—and where they're going.

Marvel may be tight-lipped about the plot of what’s arguably its most anticipated movie to date—Avengers: Endgame—but a few oversights by toy manufacturers have fed fans a steady supply of potential spoilers. With three months left to go before the conclusion to Avengers: Infinity War’s heavily meme-ified and traumatizing cliffhanger, BGR reports that we can expect Captain America and Iron Man to join the party of Avengers venturing into the Quantum Realm.

If you’re not up-to-date on your Avengers: Endgame spoilers, let’s recap. Way back in the forgotten era of 2018, retail packaging art leaked on Reddit of Thor and Rocket Raccoon sporting fancy new white duds. They look eerily similar to ones Hank Pym, the inventor of Ant-Man’s shrinking suit, wore to enter the Quantum Realm, which is … let’s just call it an infinitely tiny place where a lot of the laws of nature go out the window. Fans have speculated the crew will use the realm along with Captain Marvel’s leaked time travel powers to somehow reverse the whole death-of-half-the-universe thing.

Since then, images of Avengers action figures—including some members that supposedly died in Infinity War like Spider-Man and Black Panther—have surfaced from a store in Vietnam, including one of Hulk rocking the same gray suit.

Now, two more toys have revealed who else may be joining them on their itty-bitty, timey-wimey adventure thanks to a fan’s sharp eye in a Thailand store. Instagram user thai_superhero posted pictures of both Captain America (still clean-shaven, sadly) and Iron Man in Quantum Realm suits. This means two things are likely: Tony Stark somehow gets rescued from being hopelessly lost in space, and he and the other Avengers’ resident geniuses design their new threads.

The toy set also featured action figures for War Machine and Ronin, which means Hawkeye’s new persona might play a significant role in the upcoming film.

No dates have been revealed for when these toys will hit shelves internationally, but when they do, fans have already proven their eager to get their hands on them.