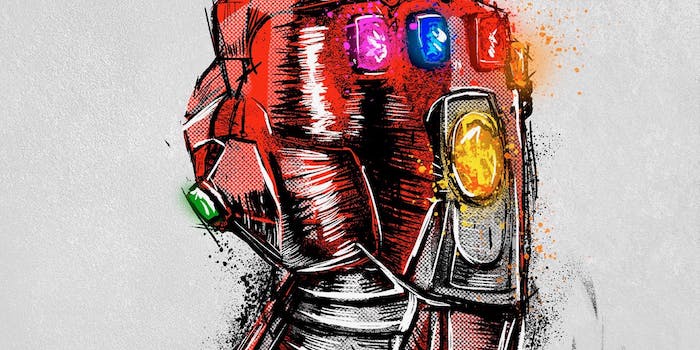 The Hulk saves the day in this deleted clip that's landed online.

Avengers: Endgame returned to theaters on Friday with some additional footage included after the credits, giving Marvel fans one last chance to watch the film before the release of Spider-Man: Far From Home—as well as a pretty blatant attempt on Disney’s part to try and beat Avatar’s global box office record. Now we know exactly what that entails.

Ahead of the re-release, Marvel informed fans that there would be a deleted scene and it has leaked online alongside reports from fans who’ve already seen the footage in theaters.

The scene, which is reportedly about one minute in length and isn’t completely rendered (and one version of the clip is in Russian), gives us a glimpse into how the Hulk has been spending his time outside of the Avengers. He appears to be in control, having merged the Hulk with Bruce Banner, as he arrives on the scene to rescue civilians from danger. Instead of a Hulk smash, it’s a Hulk save.

No wonder the Hulk had admirers who interrupted a meal with Scott Lang to ask him for a selfie.

As far as what it would’ve added to Endgame, it wouldn’t have been much. Some of the sentiment of a Hulk hellbent on using his powers to help people is already evident in the film that we got, so it’s easy to see why this scene was cut. But even with the promise of some Far From Home footage to also entice fans, the deleted scene doesn’t do much to argue for seeing Endgame again before you sit down to watch Far From Home next week—unless that was already your game plan in the first place.