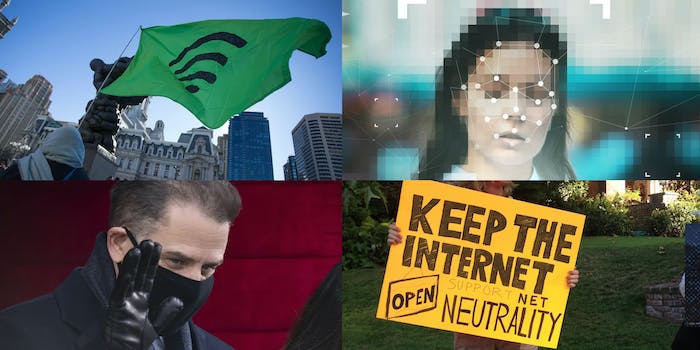 Lobby groups representing internet service providers (ISPs) and California delivered oral arguments in front of a panel of three judges in the 9th Circuit Court of Appeals in San Francisco.

Earlier this year, the law received a major victory when District Court Judge John A. Mendez denied a request by the lobby groups to issue a preliminary injunction against California’s law.

That decision opened the door for the law to be enforced.

However, the ISP lobby groups quickly appealed it, leading to the oral arguments on Tuesday in front of the 9th Circuit judges.

Much like before, the lobby group’s attorney argued that the federal government had preempted states from creating and enforcing their own net neutrality laws, and argued against a “patchwork” of state-level laws. Meanwhile, California defended the legal grounding of its law and urged the judges to affirm the lower court’s denial of the injunction.

At the end of the arguments, the three judges thanked the attorneys and said they would take their points under advisement. They did not offer a time frame for a decision.

The oral arguments were just the latest in a years-long legal battle the law has been dragged through.

Keeping up with politics is exhausting, upgrade your caffeine game to stay alert

Have you had the same drip coffee maker for the last 10 years? It’s time to bring your java into the future. Explore coffee makers you can control with your phone, USB cup warmers, and the mindboggling wonders of the Minipresso machine.

U.N. calls for immediate halt to use of facial recognition

The United Nations (U.N.) Human Rights chief called for a moratorium on the sale and use of artificial intelligence systems that “pose a serious risk to human rights,” including facial recognition, until “adequate safeguards are put in place.”

U.N. High Commissioner for Human Rights Michelle Bachelet’s urging came as the use of facial recognition and other artificial intelligence has come under intense scrutiny.

Calls have grown louder in recent years for a ban or moratorium on government and police use of facial recognition, which has been shown to have a racial bias.

Amid all of this, 10 U.S. agencies recently reported that they want to expand their use of the technology.

“Artificial intelligence can be a force for good, helping societies overcome some of the great challenges of our times. But AI technologies can have negative, even catastrophic, effects if they are used without sufficient regard to how they affect people’s human rights,” Bachelet said in a statement.

The U.N. Human Rights Office published a report that looks at how countries and businesses have “rushed” into using AI, noting that there have been “numerous cases of people being treated unjustly because of AI, such as being denied social security benefits because of faulty AI tools or arrested because of flawed facial recognition.”

The Federal Election Commission (FEC) found that Twitter did not violate any election rules by censoring a story about allegedly incriminating emails on Hunter Biden’s laptop.

The FEC decided in a 6-0 vote that there was “no reason to believe” Twitter, Inc., its founder Jack Dorsey, then company head of communications Brandon Borrman, or Joe Biden’s presidential campaign made or accepted corporate in-kind contributions with its actions.

Dorsey had previously apologized for the way Twitter handled the New York Post story. At the time, it blocked users ability to share or directly message the story and limited users who shared it without giving context for why it was doing so.

The story centered around emails allegedly found on a ditched laptop that may have belong to Hunter Biden. According to the New York Post‘s reporting, one emailed showed Hunter using his father’s political prowess in order to increase his compensation from the Ukrainian natural gas firm Burisma.

Twitter had blocked the material under its guidelines against hacked material. Some experts and readers were skeptical of the story when it was published.