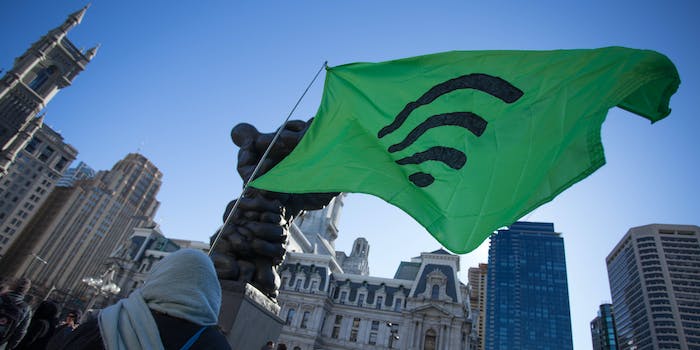 The law continues to dragged through a years-long legal battle.

California defended its “gold standard” net neutrality law on Tuesday as the long-running legal battle over it continued.

Lobby groups representing internet service providers (ISPs) and California delivered oral arguments in front of a panel of three judges in the 9th Circuit Court of Appeals in San Francisco.

Earlier this year, the law received a major victory when District Court Judge John A. Mendez denied a request by the lobby groups to issue a preliminary injunction against California’s law.

In his February ruling, Mendez found that the telecom industry was not likely to prevail on the merits of its preemption arguments. That decision opened the door for the law to be enforced. However, the ISP lobby groups quickly appealed it, leading to the oral arguments on Tuesday in front of the 9th Circuit judges.

Much like before, the lobby group’s attorney argued that the federal government had preempted states from creating and enforcing their own net neutrality laws, and argued against a “patchwork” of state-level laws. Meanwhile, California defended the legal grounding of its law and urged the judges to affirm the lower court’s denial of the injunction.

At the end of the arguments, the three judges thanked the attorneys and said they would take their points under advisement. They did not offer a time frame for a decision.

The oral arguments today are just the latest in a years-long legal battle the law has been dragged through.

California’s net neutrality law was passed in the wake of the Federal Communications Commission (FCC) repealing the rules at a national level.

The law has been hailed as the “gold standard” for other states to follow because it is broader than the FCC’s 2015 Open Internet Order, which established net neutrality rules. Specifically, California’s law prohibits “zero rating,” or when an ISP doesn’t count specific content or apps against a customer’s monthly data cap.

When it was passed in 2018, the Department of Justice joined the ISP lobby groups in suing the state over the law. The two sides agreed to hold off enforcement of the law until a major net neutrality legal battle over the FCC’s repeal was settled in Washington, D.C. That court battle, Mozilla v. FCC, was decided in 2019, and the Justice Department restarted its attempts to block California from enforcing the law.

However, after President Joe Biden took office, the Department of Justice withdrew from the lawsuit, leaving the lobby groups on their own to fight against it. In a court ruling ahead of Mendez’s decision, California argued that the DOJ withdrawing from the lawsuit “underscores” its argument that its law was not preempted.

After the DOJ withdrew, Mendez heard arguments from both sides and denied the lobby groups’ request for an injunction, leading to an appeal.

Since then, Mozilla, several advocacy groups, and state attorneys general defended the law as it awaited the appeal and oral arguments. Meanwhile, AT&T blamed the enforcement of the law for its decision to stop its “sponsored data” programs, which allowed for companies to pay for, or “sponsor,” data usage from customers so it wouldn’t count against their data caps.

Other states, like Vermont, have agreed to halt their own net neutrality laws and wait for the conclusion of California’s legal battle.