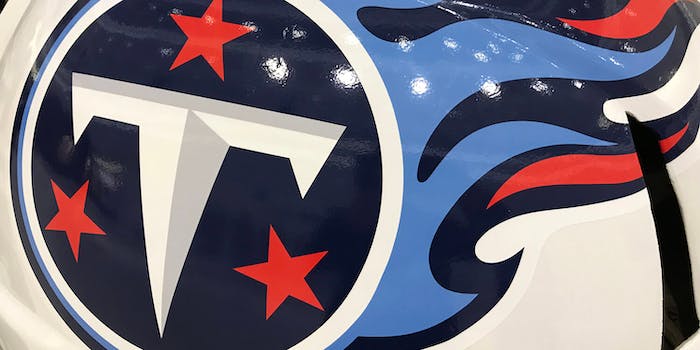 How to stream Chargers vs. Titans in Week 7

The Los Angeles Chargers and Tennessee Titans are lucky there are worse teams in the NFL. Otherwise, everyone would be talking about how bad they are.

Tennessee played so poorly last week in their shutout loss to the Broncos that Marcus Mariota was yanked from the game in favor of Miami castoff Ryan Tannehill. While Tannehill was technically better, if he’s the answer, you don’t want to know the question.

Though Mariota has certainly had enough time to develop and hasn’t become a star, there are other problems with this Titans team. The offensive line is terrible. They’ve already allowed 29 sacks this year. Arthur Smith’s offensive play calling has been predictable and ineffective, relying on the run and wasting young receiving talent.

Though the offense has been awful, the defense has been surprisingly strong. The Titans are allowing fewer than 16 points per game. This defense isn’t perfect, sometimes struggling to bring interior pressure, but they aren’t the problem.

Los Angeles’s offense is equally bad. Philip Rivers looks like a shell of his former self, throwing bad picks and looking frustrated at his diminishing skills. Like Mariota, Rivers has been further hampered by bad offensive line play and subpar passing options. An underperforming Keenan Allen surely welcomes the return of Hunter Henry in the passing game, but it wasn’t enough to beat the Steelers last week.

The Chargers defense is significantly worse than Tennessee’s. The Chargers have a bottom-ten pass defense and a bottom-ten rush defense. Even when facing a one-dimensional team like the Steelers, they just can’t stop other teams’ strengths: James Conner and Benny Snell (who?) had huge days against them on the ground last week.

While this game could go either way, the Titans’ defense gives them the edge. However, the Chargers have a higher ceiling at quarterback, so don’t be surprised if they take this one.

There are a number of options for watching Chiefs vs. Texans on streaming platforms that carry CBS. However, consult a coverage map to see what game your regional channel will be playing.

Chargers vs. Titans live stream: How to watch NFL online

There are two—and only two—ways of acquiring NFL Sunday Ticket without DirecTV. There’s NFLSundayTicket.TV, which costs $73.99 per month for four months. It’s everything you love about NFL Sunday Ticket but online only. You can stream from pretty much any device that connects to the internet (but only on one device at a time).

Hunter Henry, Tight End: Even when Rivers has bad games, he puts up yards. Back from injury, Henry is a great option for teams that lost Seattle’s Will Dissly to injury.

Derrick Henry, Running Back: From a fantasy perspective, this passing game is all over the place. Henry, however, should have a great game, running it down the throats of a bad defense after a rare off-week.

Los Angeles Chargers vs. Tennessee Titans: Why it matters

It’s probably time to forget the playoffs for these teams. While it is statistically possible that these squads could catch up to much better teams in their division, it is increasingly unlikely.

These games matter for the future. Specifically, these teams need to figure out what to do at quarterback. Is it time for Philip Rivers to prepare his Hall of Fame speech? Is the Marcus Mariota era (finally) over in Tennessee? These questions will be answered in the coming weeks as each of these squads think about what comes next.

For the moment, this is one of those games that could go either way. Outside of the quarterback position, the Titans are a more complete team, but Tannehill and Mariota have both proven capable of losing winnable games before.