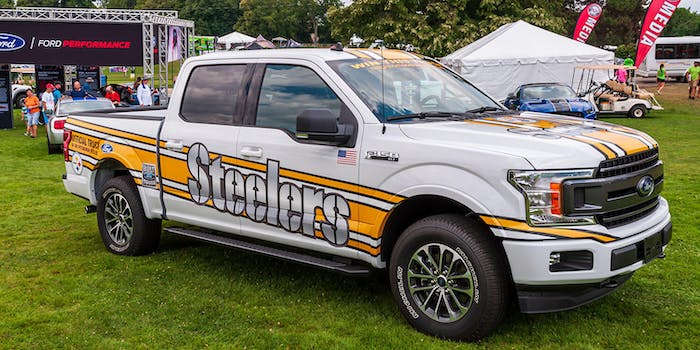 How to stream Steelers vs. 49ers in NFL Week 3 action

Could there be a changing of the NFL guard? Sunday's Steelers vs. 49ers matchup might answer some questions.

As eras come to an end in the NFL, new eras begin.

With the season-ending injury to future hall of fame quarterback Ben Roethlisberger last week, the era of the Pittsburgh Steelers as a perennial contender might be over. By contrast, the San Francisco 49ers have started their season with two dominant victories as quarterback Jimmy Garoppolo has come into his own.

There is some room for optimism in Pittsburgh, though, as backup Mason Rudolph looked decent in relief last week. The third-round draft pick has been serviceable in Pittsburgh, and even Big Ben admits that he is on the back end of his career.

Even if Roethlisberger had stayed healthy, Pittsburgh would have had issues to overcome. The Steelers receivers have looked flat and unimpressive without Antonio Brown. In particular, Donte Moncrief, who was set to start going forward, looks terrible.

While the defense has played well, Pittsburgh’s opponents have racked up nearly 60 points through two weeks. Though star turns from T.J. Watt, Steven Nelson, and Stephon Tuitt have been welcome, boneheaded mistakes by less special players like Terrell Edmunds and Daniel McCullers have set the unit back.

With Rudolph under center, the defense is going to have to play lights out every week if the Steelers want to keep their season alive.

In San Francisco, a rising star is lifting all ships. A much improved Week 2 for Jimmy G led to nice results across the board for the whole offense. Emerging rusher Matt Braida ran for 121 yards, averaging an outstanding 10.1 yards per carry. Four receivers went over 50 yards, including tight end George Kittle, who continues to shine.

Stars are emerging on defense as well. Akhello Witherspoon has been dynamic at cornerback. Up front, the Niners have notched seven sacks through two games. Though Nick Bosa and Dee Ford remain the defensive leaders, a half-dozen players have recorded sacks so far.

While solid play from Rudolph could keep this game competitive, the simple analysis is that the 49ers are firing on all cylinders and the Steelers are definitely not.

There are a number of options for watching Steelers vs. 49ers on streaming platforms that carry CBS. However, consult a coverage map to see what game your regional channel will be playing.

Steelers vs. 49ers live stream: How to watch the NFL online

Steelers vs. 49ers: Why it matters

Though the 49ers have started strong, they still have something to prove. Their first two opponents, the Bengals and the Buccaneers, aren’t exactly titans, but if San Francisco can improve to 3-0, the rest of the league will have no choice but to take them seriously.

It seems unlikely that the Steelers will be contenders with untested Mason Rudolph under center. However, if the young backup can step into a starting role and win a few games, then he could establish himself as the future face of the franchise.

At least on defense, the Steelers have no plans on rolling over. An already much-improved unit has added stud safety Minkah Fitzpatrick to a strong secondary. A win for Pittsburgh feels improbable here, but not impossible.

The Steelers could be the stiffest competition Jimmy G and company have faced to date, and Week 3 will be a test. If the Niners can continue to improve and Garoppolo continues to lead, this could be the best San Francisco squad in recent memory.

This game feels like the end of one era and the beginning of another, but only the final score will tell if we are truly seeing a changing of the guard.