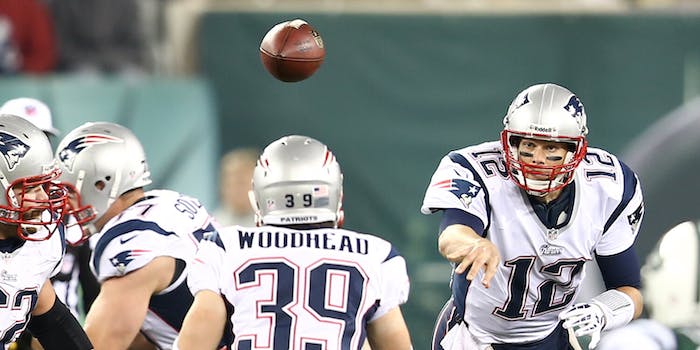 How to stream Patriots vs. Redskins in Week 5

Just how bad are the Redskins? On Sunday, we are going to find out.

For the last few weeks, for the last year, and for much of the last two decades, the New England Patriots have been at the top of the NFL and the Washington Redskins have been towards the bottom. Don’t expect that to change on Sunday.

There was hope that rookie quarterback Dwayne Haskins would give Washington a jolt, but he was just as ineffective as Case Keenum in last week’s embarrassing loss to the Giants. Both QBs completed about half their passes and combined for four picks.

In Washington, things are bleak. And the only real question is whether or not they will pick first or second in next year’s draft.

The Patriots are as good as ever. For a change of pace, the strength in New England this year has been the defense. New England ranks 1st in DVOA through 4 weeks and has only given up 27 points total so far this season.

It isn’t that the Pats look unbeatable. New England has its fair share of problems. A subpar group of wide receivers and tight ends left Tom Brady hamstrung last week, as the QB only threw for an uncharacteristic 150 yards.

New England’s injury-plagued offensive line is also unimpressive. Even though Brady wasn’t sacked in the game, he was often on the run. The O-line hasn’t been great at run blocking either. Without a star runner in the backfield, it seems that rushing won’t be a strength this year.

But, all of this will matter a lot more later in the season. In a few weeks, the Pats will begin one of the toughest stretches imaginable with successive games against the Ravens, Eagles, Cowboys, Texans, and Chiefs.

For now, however, there isn’t much to worry about. The only questions are how many touchdowns New England will put on the board and how few points the ‘Skins will score.

There are a number of options for watching Patriots vs. Redskins on streaming platforms that carry CBS. However, consult a coverage map to see what game your regional channel will be playing.

Patriots vs. Redskins live stream: How to watch NFL online

Tom Brady, Quarterback: Brady should bounce back this week, but don’t think that means every New England skill player is an automatic start. The Patriots offensive leaderboard looks different almost every week, and the QB really hasn’t fallen into a particular rhythm. Obviously, we expect a good week from New England, but it is hard to tell who besides Brady will benefit.

NO ONE: One of the league’s worst offenses stacking up against the NFL’s best defense was never appetizing. Given the QB turmoil in DC, it is an open question if this team will score any points at all.

Patriots vs. Redskins: Why it matters

On the surface, there couldn’t be a more meaningless game. But, every win matters for the league’s best teams and every loss counts for the worst.

Washington needs to figure out just how bad they are. Will they get the number one overall pick and will any of the current coaching staff or management be there when it happens?

New England hasn’t faced amazing competition so far. Other than the Bills, the Pats have played the league’s worst teams. That doesn’t change this week. However, if they can stack wins ahead of that brutal stretch later in the season, they will be glad they took care of business early on.