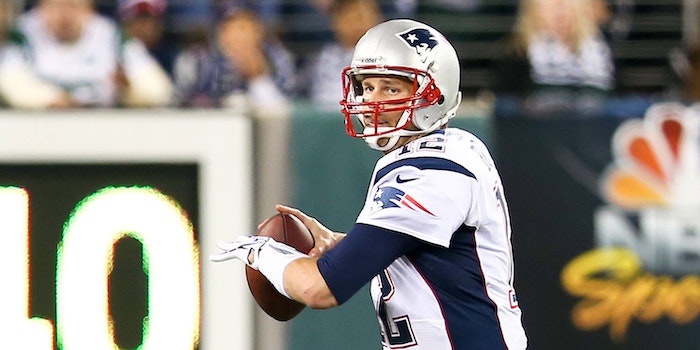 How to stream Patriots vs. Bills in Week 4

A surprisingly-undefeated Bills team will try to stop the dominant New England Patriots.

How good are the Buffalo Bills? We’re going to find out this week.

There are currently six teams with a 3-0 record, and the Buffalo Bills are the most unexpected of those teams. Quarterback Josh Allen is not a superstar by most people’s standards, but so far, Allen has been good enough to let his defense win games for him. Star cornerback Tre’Davious White led the team with two interceptions last week, and even the role players on Buffalo’s D have played very well to start the season.

Allen has improved his abysmal 52.8% completion rate from last year. Through three weeks, he is above 60%. While that’s a nice improvement, he’s done that by throwing mostly safe short passes. Allen might be able to squeeze out a lot of wins as a game manager QB, but he’s not likely to do that against the Pats.

So far, the running attack of Frank Gore and Devin Singletary has made up for the Bills’ play-it-safe passing game. This has been a fine tradeoff against bad teams, but against the pass-happy Patriots, it might not be enough.

Much to the chagrin of the rest of the league, the Pats look like, well, the Pats.

While this is not one of quarterback Tom Brady’s most talented group of skill players, the future Hall of Famer is still averaging 300 yards passing per game and has not thrown any interceptions.

As per usual, it isn’t just Brady who is playing well. Coach Bill Belichick has turned his defense into one of the league’s best units. New England has not allowed an offensive touchdown yet this season.

Even though the Bills have done a lot well so far this season, this is likely going to be their first loss. However, if they put in a decent effort, there is still plenty of reason to keep hope alive in Buffalo.

There are a number of options for watching Patriots vs. Bills on streaming platforms that carry CBS. However, consult a coverage map to see what game your regional channel will be playing.

Patriots vs. Bills live stream: How to watch NFL online

Julian Edelman, Wide Receiver: Though there have been flashier performances from other pass catchers, Edelman remains the most dependable option in New England. Against a tough Bills defense, even Tom Brady might need a safety blanket, and Edelman is Mr. Dependable.

Stephen Hauschka, Kicker: For the most part, you should sit your Bills this week if you can against this excellent Patriots defense. Maybe a receiver will go off in garbage time, but we don’t know who that will be. As this offense will likely largely be limited to field goals, however, Hauschka could prove a worthy starter in 12-team or deeper leagues.

Patriots vs. Bills: Why it matters

Even an optimistic homer can’t love the Bills’ chances here, but how well these teams play matters.

Considering the Steelers have been a huge disappointment, the Patriots have actually played one of the softest schedules to date. If the Bills can give the Pats a little trouble, New England might suddenly seem mortal.

If Buffalo can stay competitive, that will go a long way to keep hope alive in upstate New York, where hope has so often gone to die. Win or lose, the Bills could still compete for a wildcard berth.

In the next six weeks, the Bills get the Redskins, Titans, Eagles, and the Dolphins twice. A team that can compete with New England could win every one of those games.

While the Patriots look towards another Super Bowl, the Bills are just looking to turn things around. Though New England will likely win on Sunday, the game should be a nice litmus test for both teams.