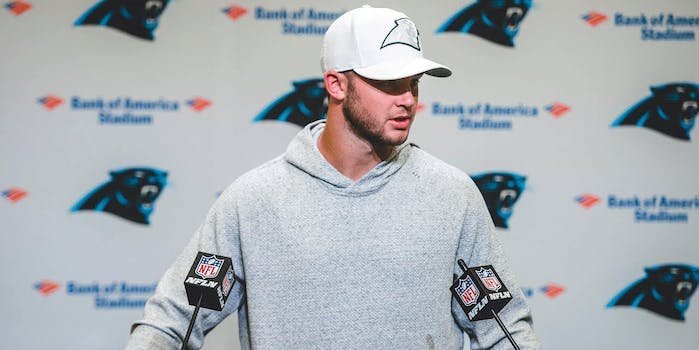 How to stream Panthers vs. Texans in Week 4

Houston and Carolina have both played opponents close, and both teams need to get better fast.

Win or lose, the Carolina Panthers and the Houston Texans don’t get extra credit for close games.

The Panthers notched their first win last week, as backup QB Kyle Allen filled in admirably for Cam Newton in the victory over the Cardinals. He had help from a decent receiving corps and a stellar running game led by Christian McCaffrey.

The Texans are a tougher opponent than Arizona, and you have to wonder if Allen will be able to keep up with Deshaun Watson (as Newton will miss at least one more week). In Carolina’s ugly loss to Tampa Bay, we learned that if McCaffrey doesn’t have an amazing game, it is tough for the Panthers to keep up.

That being said, the Texans aren’t perfect. If Deshaun Watson doesn’t play great football, it is hard for this team to win. In Week 2, when Jacksonville held the QB to 159 yards, the Jags showed how to beat Houston.

A resurgent Carlos Hyde has been good but not great as the Texans top rusher and the defense has been effective but not dominant. Opposing quarterbacks are averaging about 300 yards a game and Houston has only grabbed one interception on the year so far.

With the excellent Deshaun Watson matching up against backup Kyle Allen, you have to like the Texans here, but the fortunes of these two teams could easily be reversed. Don’t be surprised if this one comes down to the wire.

There are a number of options for watching Panthers vs. Texans on streaming platforms that carry FOX. However, consult a coverage map to see what game your regional channel will be playing.

Panthers vs. Texans live stream: How to watch NFL online

For $10 extra per month, you can get NFL RedZone via the Sling Blue Sports Extra package. However, as of Sept. 26, Sling no longer carries Fox, FS1, and FS2 amid contractual disputes.

AirTV solves one of Sling’s biggest problems: The inability to receive all of your local channels. By purchasing a basic AirTV for $79.99 or the AirTV Player for $119.99, you can merge those local channels into your Sling TV, (or on your mobile device if you have the basic AirTV). As the Daily Dot wrote in its AirTV review, “It’s practically magic.” While select football games are no longer on Sling, you can still catch them with AirTV.

If you’re a big-time sports fan, FuboTV is your best streaming service option. If you love international soccer and you’re a Spanish speaker, FuboTV also offers various add-on packages, including Fubo Latino and Fubo Português. FuboTV’s basic plan showcases nearly 100 channels and includes NFL Network. At $54.99 per month, you’ll also get FS1, FS2, NBCSN, NBA TV, Big Ten Network, Pac 12 Network, BeIn Sports, and CBS Sports Network, along with premium channels like FX/FXX/FXM. The only notable omission for sports fans is ESPN. You can add Fubo’s Sports Plus package for an additional $8.99 per month, which allows you to stream NFL RedZone to watch the Panthers vs. Texans. (Here’s the complete FuboTV channels list.)

Hulu with Live TV includes sports programming among its offerings with ESPN and FS1, and as a subscriber to the service, you’ll get free access to Hulu’s sizable on-demand library to watch the Panthers vs. Texans game. (Check out the full list of Hulu Live TV channels.)

There are two—and only two—ways of acquiring NFL Sunday Ticket without DirecTV. There’s NFLSundayTicket.TV, which costs $73.99 per month for four months. It’s everything you love NFL Sunday Ticket but online-only. You can stream the Panthers vs. Texans from pretty much any device that connects to the internet (but only on one device at a time).

Panthers – Greg Olsen, Tight End: You don’t need us to tell you to start Christian McCaffrey, so we’ll sing the praises of the ageless Olsen instead. The veteran has been good for around five targets, 50 yards, and a touchdown every week. That makes him easily a top ten option at tight end.

Texans – DeAndre Hopkins, Wide Receiver: Hopkins and Watson might actually be the only Texans who are sure-fire starters in all formats this week. Carlos Hyde has been good, but you might have better options. Even against a solid Carolina defense, you can feel good sticking with Hopkins.

Panthers vs. Texans: Why it matters

Few Week 4 games are as important in terms of standings as this one.

A loss here could put Carolina firmly in last place in their division. No one in the NFC South is a world beater, but the Panthers could be left behind if the Saints have another nice outing.

While the Texans sit at the top of their division, their reign is precarious. Though the Colts and the Jaguars are both starting backup quarterbacks, those squads have played well. There isn’t a big margin for error.

If Watson plays up to his usual standards, it is hard to see the Panthers hanging with the Texans. At the same time, if the passing game stalls, the serviceable tandem of Duke Johnson and Carlos Hyde may not be able to keep pace with Christian McCaffrey.

It’s also not impossible to imagine the Panthers defense coming up with some big plays. Few quarterbacks can endure a performance like Carolina put up last week.

For now, this game tips to the Texans, but these teams may prove closer than their records indicate.