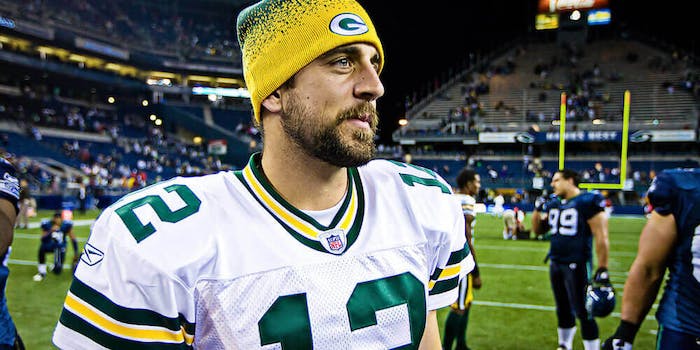 How to stream Packers vs. Raiders in Week 7

A solid Raiders squad will look to get past this tough Packers D.

Sometimes you get to first place by being dominant. Sometimes you get there by just being good enough. Credit should be given to the Green Bay Packers for starting the season at 5-1, but several very narrow victories have shown that this team may not be quite as good as their record. Meanwhile, the Oakland Raiders have won some tough games and started off with a difficult schedule. They look better than anyone expected.

The Packers have a good defense, but the offense is still coming together. Aaron Rodgers’ passing totals aren’t up to their usual standards, and the Pack has had to rely on its strong running game to win matchups.

In the last two weeks, the Packers have seen Jamaal Williams rush for a 104 yards averaging 7.4 yards per carry last week and Aaron Jones go for 104 yards and four touchdowns the week before. While these numbers are impressive, there may need to be more balance in the offense going forward.

The defense, however, is good all around. Linebackers Preston and Za’Darius Smith are both in the top 10 sack leaders on the year to date, leading what looks like a top 10 unit.

Oakland doesn’t always click on offense either, as the team lacks depth at receiver. But with running back Josh Jacobs averaging 87 yards per game, they have done enough to win some.

It isn’t sexy, but the Raiders’ unexpected success has been on the offensive and defensive lines. The O-line held strong against a great Bears front seven last week and let Derek Carr do his best. On defense, the line has been very good against the run, making up for less-than-stellar secondary play.

Of course, the Packers have the edge here. But it may not be as easy a game as it looks. With the Raiders looking good against the run, Rodgers and his new offense will need to take a step forward if they want to overcome this solid Oakland team.

Don’t necessarily expect an upset here, but this could be a close one.

There are a number of options for watching Packers vs. Raiders on streaming platforms that carry CBS. However, consult a coverage map to see what game your regional channel will be playing.

If you’d like to watch live NFL games directly from your PS4, PlayStation Vue is your best bet. PlayStation also works with streaming devices like Roku and Amazon Fire products, but what separates PlayStation from the rest of the streaming services is that it’s also compatible with Kodi. No matter how you stream the Packers vs. Raiders, you’ll get to choose from four tiers of channels—all but the cheapest include NFL Network. From there, you can also add NFL RedZone as part of the $10-per-month Sports Pack, which also unlocks ESPN Bases Loaded, ESPN Classic, Longhorn Network, Outside TV, and NBCUniversal regional sports networks. You can see the full list of PlayStation Vue channels here. Two other great perks: You can stream on up to five devices at once, and there’s also unlimited cloud DVR.

Aaron Rodgers, quarterback: For most teams, Rodgers is an automatic start, but he has underwhelmed at times this season as he adjusts to a new offense. Oakland’s stout run defense should force Rodgers to challenge the Raiders secondary and put up the kind of numbers we expect from him.

Joshua Jacobs, running back: With Derek Carr under center, it is hard to make fantasy stars out of Raiders wide receivers. Jacobs, however, has been one of the most consistent running backs in the league. Even against a good defense, he should produce this week.

Green Bay Packers vs. Oakland Raiders: Why it matters

Both of these teams are in competitive divisions. Though Green Bay’s win over the Lions gives them a little breathing room atop the NFC North, a loss or two could allow Detroit or Minnesota to catch up.

Sharing a division with the offensive juggernaut that is the Chiefs is tough. Despite their recent struggles, the Raiders are likely playing for a wild card. This team doesn’t have elite talent, so they have to take advantage of good teams that they match up well against.

This is not a terrible matchup for Oakland. The Raiders’ solid run defense and Green Bay’s inability to put up wild passing yardage mean this game is in reach.

Don’t bet the farm on a Raiders upset, but also don’t be surprised if this is a competitive bout.