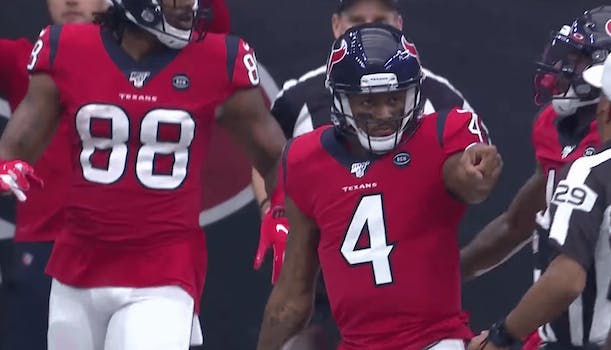 We’re getting down to the wire of the NFL season and December is when things get really interesting. Who plays when? Which games have playoff implications? Who’s on track for a top draft pick? How can I watch? Don’t worry: we’ve got you covered.

Here are all the games that will be played at 1pm ET in Week 15 on Sunday, Dec. 15, ranked from must-watch late-season action to the most irrelevant snoozers.

Some games are carried on CBS and others air on FOX, and we’ll tell you what game plays on which channel. But, remember to consult the coverage maps to find out what’s on TV in your region. NFL Sunday Ticket is the only way to make sure you have access to every game and NFL Red Zone is the only way to check out two or more games on this list at the same time.

How to stream Sunday’s NFL action

A few weeks ago, this game wouldn’t have seemed so exciting, but the surging Titans are suddenly in the wild card conversation. They could actually take the AFC South crown from the Texans in this game. Ryan Tannehill and Derrick Henry walloped the Raiders last week, and with Houston’s defense looking terrible in recent weeks, this could be one of the closest and most consequential matchups of the week.

Playoff implications: These teams currently have the same record at 8-5 and the winner will find themselves at the top of the AFC South and the other might be on the outside of the playoffs looking in with only two weeks left in the season.

Betting line: William Hill has the Titans as 3-point favorites.

How to watch: CBS (via Sling TV, Hulu with Live TV, Fubo TV or YouTube TV) and NFL Sunday Ticket

Drew Lock is looking like the answer in Denver and this might just be a competitive game. You still like the Chiefs to win here, as they have also played better in recent weeks and have the stronger roster from top to bottom. But, this is not the Broncos team of a few months ago. Denver just gut-punched Houston 38-24 and might just keep this one interesting.

Playoff implications: The Chiefs are in no danger of losing the AFC West, but there is room for them to move up or down the playoff seeds, depending on how the other projected division winners perform.

Betting line: The Chiefs are a 10-point favorite according to William Hill.

We’re not saying that you have any reason to want to watch these two teams play football, but until the Eagles and Cowboys stop trying to give away the NFC East crown, the games they play matter. Washington’s straight-ahead approach has at least kept the team competitive in recent weeks: they have won two of their last three, and even kept it close with Green Bay. Don’t be surprised if the Eagles mess this up.

Playoff implications: Either the Eagles or Cowboys will win the NFC East, no matter how hard they try not to.

Betting line: William Hill has the Eagles as 5.5-point favorites.

This could be a tough NFC North matchup for a Packers team that just isn’t that talented on offense outside of guys named Aaron. Aaron Rodgers really could have used better receivers this year and has often had to rely on the running of Aaron Jones to deliver wins. It’s funny to say it about a second seed team, but Green Bay is flawed. That being said, Mitch Trubisky has had a rough season, and Chicago has only stayed competitive because of their top-tier defense.

Playoff implications: With two games or less separating the 49ers, Packers, Vikings, Seahawks, and Saints, we could see the NFC playoff picture shuffle numerous times in the next couple of weeks. Though the Bears are technically in the hunt, they would need miraculous meltdowns by Minnesota, Seattle, and Los Angeles to earn a wild card slot.

This matchup would have seemed more interesting earlier in the year before we knew Cam Newton would miss the season and Ron Rivera would be fired. Right now, the Panthers are even worse than their 5-8 record, and things may still get worse.

Playoff implications: The Seahawks all but have a wild card slot locked up. If the 49ers drop any more games, the Seahawks could still win the NFC West. Look out for their head to head matchup to end the season.

Betting line: The ‘Hawks are 6-point road favorites, according to William Hill.

It’s a philosophical question as to what’s a worse game to watch, a lopsided rout featuring one good team or a race to the bottom featuring two terrible teams. This will certainly be an example of the latter. Credit where credit’s due to Brian Flores though: He has made this Dolphins team better than they have any right to be with the league’s least talented roster. Don’t be surprised if Miami upsets a Giants team that has already all but packed it in for the year.

Betting line: The Giants are 3-point favorites, according to William Hill.

If David Blough is the answer, we don’t want to know the question. The Detroit Lions are playing terrible football. Unless Jameis Winston throws multiple picks—not out of the realm of possibilities—look for Detroit to fall to a seventh loss in a row as a weak Bucs team is gifted another win. Woof.

Betting line: William Hill has the Bucs as 4-point favorites.

The projected number two AFC playoff seed, playing against a one-win team, should be one of the most lopsided matches of the week. However, if the Pats struggle to put points on the board, as they have in recent weeks, it might be evidence this team is fading. Don’t expect an upset here, but if Cincy puts up more of a fight than you expect, that will be yet another harbinger of a tough postseason ahead for New England.

Playoff implications: The Pats have allowed Baltimore to take the top seed and home-field already, and if they slide any further, we could see the Buffalo Bills take the AFC East crown. But, this is the Bengals we’re talking about here. Cincinnati currently holds the number one pick in the draft and they will likely keep it that way.

Betting line: The Patriots are solid 10-point favorites according to William Hill.