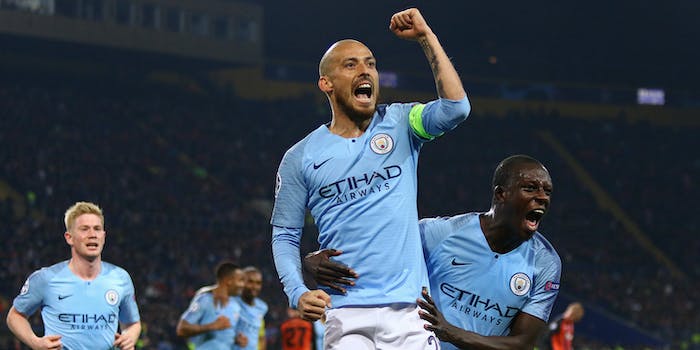 How to stream Manchester City vs. Tottenham Hotspur

Man City vs. Spurs: It's a potential title showdown in the second week of the Premier League season.

Saturday’s Premier League marquee matchup features a defending champion and a top title challenger coming off convincing opening wins. Manchester City rolled West Ham 5-0 in its season opener away at London, while Spurs handled Aston Villa in that team’s return to the Premier League. Though it’s only the second match of the season, this could be one of the key matchups in determining who wins this season’s title.

Here’s everything you need to know to live stream Manchester City vs. Tottenham Hotspur, including what to watch for on the pitch.

Manchester City vs. Tottenham Hotspur: What to watch for

There are very few questions to answer about Man City; the main one right now is when newly signed fullback Joao Cancelo will get into the mix and make a very good team even better. Against West Ham, Raheem Sterling scored a hat trick and Gabriel Jesus and Sergio Aguero added goals, showing that there’s still no shortage of players at City who can score.

Meanwhile, Spurs have sought to improve the squad that finished fourth in the Premier League last season and advanced to the Champions League finals. Tanguy Ndombele, who came over from Lyon, scored the comeback second-half goal to get Spurs on the board, with Harry Kane doing Harry Kane things, getting a late brace to seal the win. Though City’s strong all around, it won’t face too many attacking halves with Tottenham’s quality this season. This matchup should have pace, goals, and excitement to please neutrals, and will obviously engage fans of both teams.