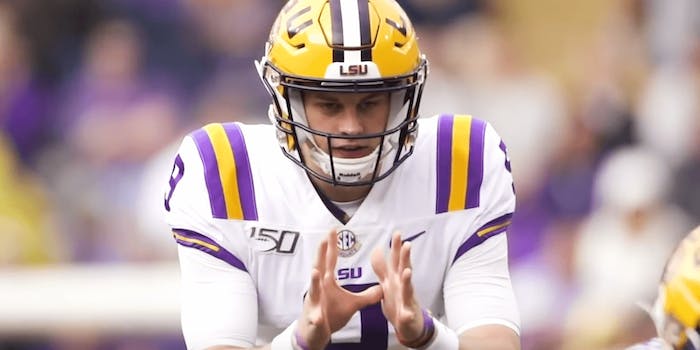 LSU vs. Georgia: How to stream the SEC championship game

Battling for the SEC Championship, No. 4 Georgia Bulldogs (11-1, 7-1 SEC) and No. 2 LSU Tigers (12-0, 8-0) meet at Mercedes-Benz Stadium in Atlanta for a Saturday afternoon matchup of broad consequence extending into College Football Playoff seeding.

No. 2 LSU Tigers vs. No. 4 Georgia Bulldogs: SEC Championship

LSU running back Clyde Edwards-Helaire (SEC-leading 1,233 yards, 16 total touchdowns) and Georgia’s D’Andre Swift (1,203, seven touchdowns) have both played well. Swift’s status is iffy with a bruised shoulder, but he is expected to start in the SEC Championship.

“I think going into this game we’re going to keep our same mentality … We’re going to attack, we’re going to go fast, we’re going to throw the ball down the field,” said Burrow, a former Ohio State signee, according to the Associated Press. “But also [we understand] this is one of the best defenses in the country.”

Of course, the overarching story will be what happens to Georgia or LSU within the College Football Playoff seeding, if either loses.

How to stream LSU vs. Georgia live: Watch SEC football

LSU vs. Georgia: What to watch for in the SEC Championship

The obvious key will be whether Georgia’s defense can withstand LSU’s pressure. The Tigers’ No. 1 offense can stretch and pull like few offenses prior. (Not that LSU’s iffy defense should be let off the hook. However, Georgia QB Jake Fromm isn’t likely to explode for over 300 yards.)

The Bulldogs have the fourth-ranked defense. Digging into that, they’re third in passing efficiency defense and second in scoring defense. But we aren’t talking about 2001 Miami Hurricanes defense. Georgia’s 20-17 loss to South Carolina is a great illustrator of this point.

That said, this is LSU’s first appearance in the SEC Championship since 2011, while this is Georgia’s third-straight trip to Atlanta.

“Experience is valuable,” head coach Kirby Smart said. “I don’t think that’s a big advantage by any means, but our kids have played in it. Their kids have played in a ton of big games. In the SEC, it’s that way every week. We play a conference schedule that you’re going to play teams in the Top 25 three or four times.”

Holding the chalk line, LSU is a 7-point favorite, according to Odds Shark. Expect a nip-and-tuck game, where turnovers and special teams make the difference between two talented rosters.