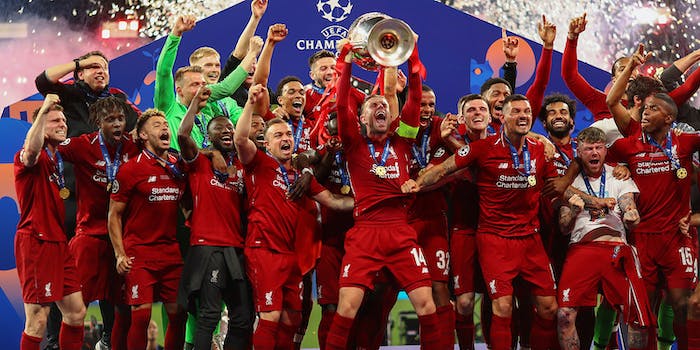 How to stream Southampton vs. Liverpool

The Reds looked great in their Premier League opener. They'll now take to the road to face the Saints.

Liverpool got out to a strong start in its 2019-20 Premier League campaign, winning 4-1 over Norwich in the very first match played this season. The Reds will take to the road on Saturday morning, facing a Southampton side that stumbled out of the gate and is looking to get back to winning ways in its own stadium.

Here’s everything you need to know to live stream Southampton vs. Liverpool, including what to watch for on the pitch.

Southampton vs. Liverpool: What to watch for

Though they were still rounding into form heading into their opener, the Reds looked great, albeit against a team in Norwich that had just been promoted to the Premier League. There’s one bizarre bit of injury news they’ll contend with: Goalkeeper Adrian was injured by a fan after the team celebrated its midweek win over Chelsea in the UEFA Super Cup; the fan reportedly slipped and kicked Adrian in the ankle. Manager Jurgen Klopp said on Friday that he may not recover in time for this one. With first-choice goalkeeper Allison already struggling with an injury, Liverpool may turn to 35-year-old Andy Lonergan for this one.

The good news for Liverpool is it has more than 10 solid players to choose from in determining who to put in front of the ‘keeper.

Southampton, in the meantime, began its campaign on the road last Saturday. It lost 3-0 to Burnley, giving up all three goals within 12 minutes of the second half. In an interview posted Thursday on Southampton’s website, manager Ralph Hasenhuttl noted, “We had an intense week, a busy week” in training, adding, “I think everybody knows we can do it much better than we did after 60 minutes in Burnley.” They’ll have to: Liverpool is formidable even minus two of its netminders.