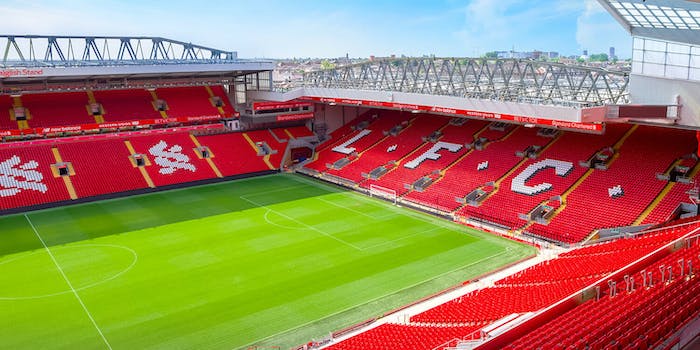 How to stream Liverpool vs. Arsenal

It's early in the Premier League season, but we already have the first-place and second-place teams facing off in a marquee matchup.

It’s just two weeks into the Premier League season, and only two teams have won both their matches: Liverpool and Arsenal. They’re facing off in Week 3’s marquee match at Anfield on Saturday, in a match that may be as pivotal to the title race as last week’s 2-2 draw between Manchester City and Spurs.

Here’s everything you need to know to live stream Liverpool vs. Arsenal, including what to watch for on the pitch.

Liverpool vs. Arsenal: Why it matters

Liverpool dispatched Southampton 2-1 last weekend to keep its winning streak going in the young season, with both Sadio Mane and Roberto Firmino getting on the scoresheet. With Mohamed Salah scoring in the team’s 4-1 season opener against Norwich, each of Liverpool’s big three has a goal to start what’s likely going to be a very productive offensive season. While Arsenal’s made some moves in the offseason, they’ve mostly been on the offensive half of the pitch, so expect some goals on Saturday.

Of those moves, loaning Dani Ceballos from Real Madrid proved particularly smart last week. Arsenal got two assists from Ceballos in a 2-1 win over Burnley last week. Alexandre Lacazette and Pierre-Emerick Aubameyang, Arsenal’s dynamic duo up top, got the goals. While Arsenal’s looked good, two key players still haven’t made their presence felt yet: New signing Nicolas Pepe, who’s gotten some looks in sub roles, and Mesut Ozil, who has yet to crack the starting lineup but is expected to do so in this crucial match.