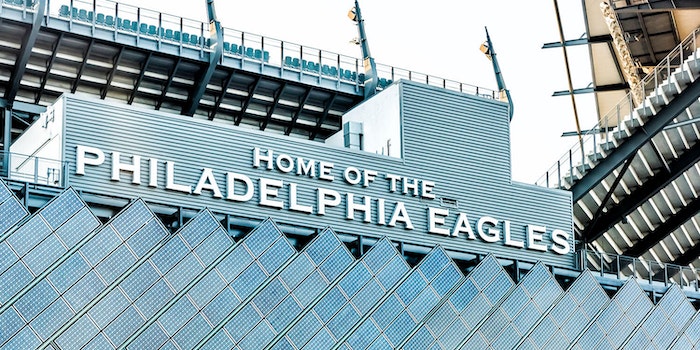 How to stream Eagles vs. Lions in NFL Week 3 action

The Eagles and Lions will look to build on decent starts in an NFC showdown.

Though expectations differ for these two teams, they are in pretty much the same position headed into Week 3.

With a healthy Carson Wentz, the Philadelphia Eagles came into the season expected to be the class of the NFC. After a disappointing 2018, the Detroit Lions have been expected to be the same old Lions. Right now, both teams look decent, but not great.

Despite the Eagles’ narrow loss to the Falcons last week, they are still trending upward. Quarterback Carson Wentz played well last week, especially in the second half. And this was despite missing several top receiving options. Wentz was forced to rely on average receiver Nelson Agholar due to injuries.

DeSean Jackson and Alshon Jeffrey may miss this week as well, so while things are going to get better for Wentz, they may not improve before this matchup. The Eagles would like to see at least one of their running backs establish themselves to take the pressure off of Wentz’s depleted passing options.

Philly’s offense should recover soon, but the defense has become more of a concern. Timmy Jernigan is going to miss a big chunk of time, and a pass rush that has been imperfect just got weaker. With the Eagles secondary also struggling, Jernigan heads to the sidelines at a tough time.

Though the Lions upset the Chargers last week, Detroit also has some concerns to look at going forward. Matt Stafford threw two terrible interceptions on Sunday. Luckily, wide receiver Kenny Golladay and running back Kerryon Johnson both showed flashes of brilliance to help overcome these turnovers.

The Detroit secondary played okay on Sunday, but if it wasn’t for one game-changing interception by an overmatched Darius Slay, it isn’t hard to imagine the game going the other direction. The Lions’ defensive line and linebackers have been pathetic thus far, and solid secondaries break down when quarterbacks get too much time to throw.

You have to give the edge to the Eagles here, but both teams need to improve in the coming weeks.

There are a number of options for watching Eagles vs. Lions on streaming platforms that carry FOX. However, consult a coverage map to see what game your regional channel will be playing.

Eagles vs. Lions live stream: How to watch NFL online

Eagles vs. Lions: Why it matters

This match looks a little more even than it did two weeks ago. Thus far, the Lions are undefeated, and though the wins haven’t been pretty, you can’t take that away from them. Nonetheless, Detroit will need more than narrow lucky victories to compete in a tough NFC North.

If the Eagles are going to hang with the Cowboys, they need to become a more complete team. While injuries are bound to happen, they can’t be an excuse. This Philadelphia team needs to find enough depth to win without everyone at full strength.

Looking at both rosters overall, you have to give the edge to the Eagles, but neither team is playing perfect football early this season.

If the Lions can string together a few wins, they may be more competitive than people expected. If the Eagles drop another game or two, their path to the playoffs could become more difficult, despite finally having a health Carson Wentz.

Though it is still early in the season, Week 3 could be the key to either of these teams rewriting their destiny.