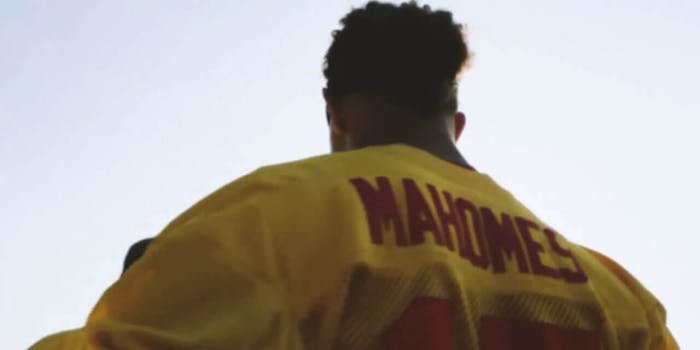 How to stream Chiefs vs. Lions in Week 4

Two undefeated teams duke it out as the Lions try to prove they are in the same class as the elite Chiefs.

Not all undefeated teams are created equal. Look no further than the Kansas City Chiefs and Detroit Lions.

The Chiefs look like one of the few most dominant teams in the NFL, putting together convincing victories week in and week out. Meanwhile, the Lions have barely squeaked by in the first few weeks of the season, with two narrow wins and a tie.

But, you are what your record says you are, and both of these teams are undefeated.

Detroit will face their stiffest test to date in Week 4. So far, Detroit’s recipe for winning has been smart by play quarterback Matt Stafford. Stafford has only been picked off twice, and he has two games with zero interceptions. To date, solid game management has been enough.

While Stafford has played smart, the offense hasn’t exactly been perfect. The running game has been sluggish and there has been a different top receiving option each week.

On defense, the Lions have been better against the pass than the run. If the Detroit secondary hadn’t held Carson Wentz to a 52.8% completion percentage, they likely would have lost in Week 3.

When it comes to the Chiefs, this conversation is far less nuanced. Every week, Patrick Mahomes makes a new player look like a star in a dominant performance. Last week was Mecole Hardman’s turn. Hardman had just two catches, but those went 97 yards receiving and a touchdown. In previous weeks, Sammy Watkins and Demarcus Robinson have had breakout performances.

So far, Mahomes looks even better than he did in last year’s MVP campaign. Through three games, the QB has a 71.9% completion percentage and is averaging almost 400 yards a game with a passer rating of 134.9.

A scary reality for Chiefs opponents is that this team keeps getting better. While Kansas City doesn’t exactly have a vaunted defense, the secondary was much improved in Week 3, and may continue to make strides.

There are a number of options for watching Chiefs vs. Lions on streaming platforms that carry Fox. However, consult a coverage map to see what game your regional channel will be playing.

Chiefs vs. Lions live stream: How to watch NFL online

AirTV solves one of Sling’s biggest problems: The inability to receive all of your local channels. By purchasing a basic AirTV for $79.99 or the AirTV Player for $119.99, you can merge those local channels into your Sling TV, (or on your mobile device if you have the basic AirTV). As the Daily Dot wrote in its AirTV review, “It’s practically magic.” While select Football games are no longer on Sling, you can still catch them with AirTV.

If you’re a big-time sports fan, FuboTV is your best streaming service option. If you love international soccer and you’re a Spanish speaker, FuboTV also offers various add-on packages, including Fubo Latino and Fubo Português. FuboTV’s basic plan showcases nearly 100 channels and includes NFL Network. At $54.99 per month, you’ll also get FS1, FS2, NBCSN, NBA TV, Big Ten Network, Pac 12 Network, BeIn Sports, and CBS Sports Network, along with premium channels like FX/FXX/FXM. The only notable omission for sports fans is ESPN. You can add Fubo’s Sports Plus package for an additional $8.99 per month, which allows you to stream NFL RedZone to watch the Chiefs vs. Lions game. (Here’s the complete FuboTV channels list.)

Chiefs – Travis Kelce, Tight End: Despite Mahomes’ brilliance, it is hard to tell who will be the most productive option week to week in Kansas City. One constant has been Kelce, who remains a top fantasy option regardless of the game plan.

Lions – Kenny Golladay, Wide Receiver: While a different Lion seems to lead the team in receiving each week, Golladay has been the most dependable option. After an off game last week, expect the pass catcher to bounce back.

Chiefs vs. Lions: Why it matters

Odds are that Detroit will fall back to the pack in a competitive NFC North. On paper, the team isn’t necessarily better than the Vikings or the Packers, and for now, the division feels wide open.

However, if the Lions could catch the Chiefs by surprise, they could set themselves up as a top tier team in the NFC.

For the Chiefs, the season is already about bye weeks and beating the Patriots. Kansas City and New England are clearly the class of the AFC, and every win Mahomes and company can add is another step closer to making sure the path to the Super Bowl runs through Arrowhead.

But, KC shouldn’t look too far ahead. First, they have to go into Ford Field and take care of a frisky Lions team that has been punching above their weight.