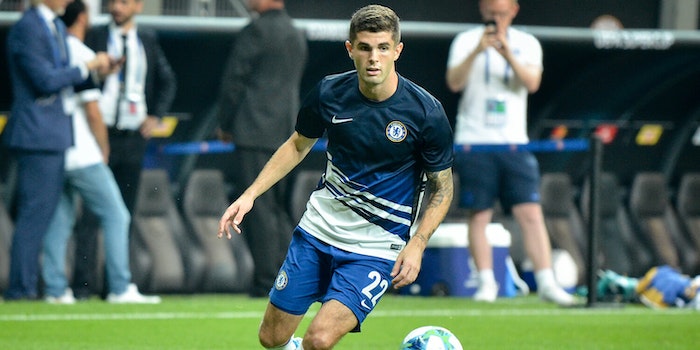 How to stream Chelsea vs. Norwich City

Chelsea is still looking for its first win of the season. Could it come against the newly promoted Canaries?

Don’t blame the Chelsea fan in your life for being more anxious about Saturday’s match than they should be. Though Norwich City is newly promoted to the Premier League this year, the Canaries currently sit above Chelsea in the Premier League standings. Chelsea, giving up an early lead to draw 1-1 with Leicester last weekend, is still looking for its first win of the season, while Norwich beat Newcastle 3-1 last weekend to grab its first points of the 2019-20 campaign.

Here’s everything you need to know to live stream Norwich City vs. Chelsea, including what to watch for on the pitch.

Chelsea vs. Norwich City: Why it matters

Mason Mount seized a great, opportunistic goal for Chelsea just seven minutes into last weekend’s match, but Olivier Giroud and Christian Pulisic couldn’t add to the lead, and Leicester was able to equalize. Seeing Chelsea in 15th just two weeks into the season is unusual but not unheard of; Chelsea stumbled out of the gate in the 2015-16 season, ending Jose Mourinho’s tumultuous time in London midseason as the Blues flirted with the relegation places before flying out of their nosedive to finish 10th. While it’s still too early to talk about a hot seat for Frank Lampard, this is a team that could use a win and soon.

Norwich, on the other hand, has been picked by many to go back to the second-division Championship at the end of this season. While beating Newcastle is something a lot of teams are going to do this season, it’s the kind of win that Norwich could use to climb to safety. It’ll take more work, but last weekend gave the Canaries the feeling they belong in the Prem.