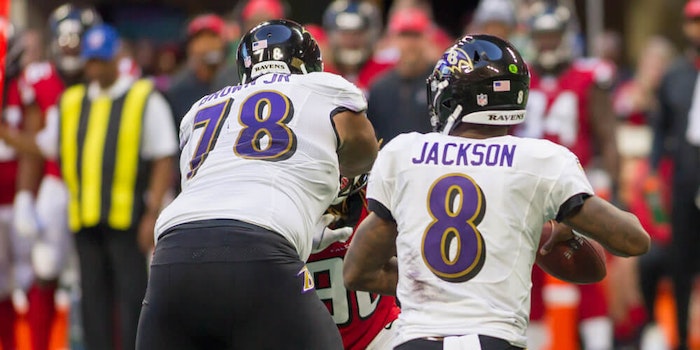 How to stream Browns vs. Ravens in NFL Week 4

The Browns will try to get back on track against a surprisingly effective Ravens offense.

The AFC North is wide open and these are the two teams who seem best positioned to take the division in Sunday’s Browns vs. Ravens game.

It seemed like the Cleveland Browns would be the surprise team in the AFC North, but so far, it has been the Baltimore Ravens who have played better football. Excellent work from quarterback Lamar Jackson has put the Ravens at 2-1, and the team’s only loss came courtesy of a potentially league-best Chiefs team.

Jackson stumbled in the Kansas City game, completing only 51% of his passes. But, in that loss, the Ravens showed that they can stay competitive on offense even when their QB is off. The running game led by Mark Ingram picked up the slack, and kept the game close.

The Browns played better than they have recently in Week 3, and it also wasn’t enough to get a win. Quarterback Baker Mayfield completed only half of his passes, but he also got much needed help from his running game. Nick Chubb had his biggest rushing game of the season so far.

Despite Mayfield’s spotty play, the defense kept the Browns in the game until the very end. In the first half, the Browns held the Rams to six points. All-Pro Todd Gurley was held to 43 yards rushing and QB Jared Goff was picked off twice.

To date, the Ravens have been the stronger squad, but it’s not hard to imagine the Browns stifling Baltimore’s running game, and making this Browns vs. Ravens showdown into a real contest.

There are a number of options for watching Browns vs. Ravens on streaming platforms that carry CBS. However, consult a coverage map to see what game your regional channel will be playing.

Browns vs. Ravens live stream: How to watch NFL online

Fantasy Football: Who should I start in Browns vs. Ravens?

Ravens – Marquise “Hollywood” Brown, Wide Receiver: Brown was quiet last week, recording only two catches, but don’t let that dissuade you. Brown averaged over 100 yards in his first two games, and is central to the Baltimore passing attack. The Browns stout run defense could lead to heavy dependence on Brown.

Browns – Nick Chubb, Running Back: Last year’s breakout fantasy star had a relatively quiet first couple of weeks, but looked great in Week 3. With almost 100 yards on the ground last week, Chubb seems to be getting back to his 2018 form. Last week, the Chiefs top two rushers averaged almost 7 yards per carry against the Ravens.

Browns vs. Ravens: Why it matters

If the Ravens come away with a win, they are the clear favorite in the AFC North going forward. If the Browns can improve to 2-2, suddenly their shaky start will matter a lot less.

Baltimore has been the better team so far, but this talent rich Cleveland team feels like it could be a powerhouse if the offense could just click.

This game matters because it will set the tone in this division, and if either time has a couple bad losses down the road, this match-up could come back to haunt them.

Lamar Jackson had played better than Baker Mayfield so far this season, but a strong showing from this Cleveland defense could make the Ravens one-dimensional and open the door for a Browns upset.