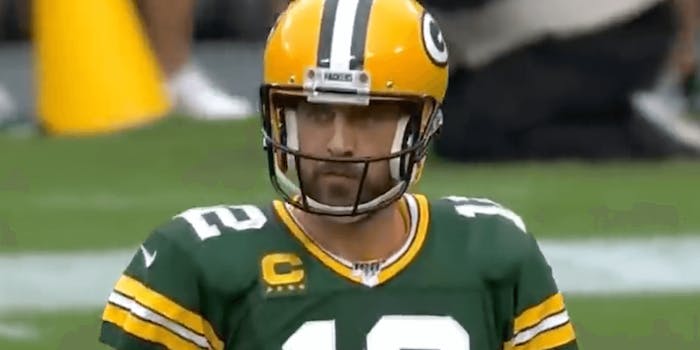 NFL Playoffs: How to stream Seahawks vs. Packers live

We didn't figure on a Seahawks vs. Packers playoff game in 2020, but since the Vikings took care of the Saints, we're here for it.

The divisional round of the 2019 NFL Playoffs closes on Sunday as the Seattle Seahawks visit the NFC North-winning Green Bay Packers in Sunday’s late game, in what will be a snowy Lambeau Field.

The Seahawks got here via a hard-fought 17-9 win in Wild Card Weekend. The Philadelphia Eagles’ top-ranked rushing defense pushed Seahawks QB Russell Wilson to pump the ball downfield more often. He provided a highlight reel for rookie DK Metcalf, connecting with him for seven receptions, 160 yards and a touchdown. The Ole Miss product set a rookie record for most receiving yards in a playoff game.

Metcalf might be in line for another active day, as Green Bay’s pass defense is merely mid-tier.

The Seahawks weren’t as successful on the ground. Wilson led Seattle with 45 rushing yards. and Travis Homer and Marshawn Lynch combined for just 19 yards on 17 carries against the Eagles’ sturdy rush defense. However, the Packers rank No. 23 against the rush, so Beast Mode may finally get loose, except that offensive linemen Mike Iupati and George Fant aren’t likely to play.

The Packers offense is incredibly balanced, though future Hall of Fame quarterback Aaron Rodgers (who went 353 for 569, 4,002 yards, 26 TDs, 4 INTs in 2019) hasn’t necessarily been special this season. His 62 percent completion rate during the regular season left him tied with Carolina Panthers QB Kyle Allen and Miami Dolphins signal-caller Ryan Fitzpatrick. It’s not exactly Rodgersian company to keep, so it will be interesting to see which version of Rodgers takes the field. However, running back Aaron Jones (with 1,084 yards and 16 TDs on 236 carries) keep defenses extremely honest.

Offensive lineman Bryan Bulaga will be of great value to Jones (and Rodgers, for that matter), if he clears concussion protocol.

Here’s everything you need to know to live stream Seahawks vs. Packers.

Packers vs. Seahawks live stream: How to watch the NFL Playoffs online

This game will be broadcast on Fox, and will live stream via the following streaming services.

The main stat that would give the undermanned Seahawks hope is that Green Bay ranks 24th in third-down conversions. The stat doesn’t, at all, jibe with the Packers’ record, and could eventually expose the seesaw quality of their offense against comparable or even better teams here in the playoffs. Seattle finished No. 14 in third-down defense, which seems to suggest they have at least a slight chance to keep Rodgers and Green Bay in check.

To make this happen, look for Jadaveon Clowney–who wasn’t fined for his hit on Carson Wentz that led to the quarterback’s concussion—to work to wreck the Packers’ line and live in Rodgers’ face.

Also noteworthy: Russell Wilson is winless in Lambeau in three attempts. Will the fourth time be a charm? Or will Packers magic prevail?