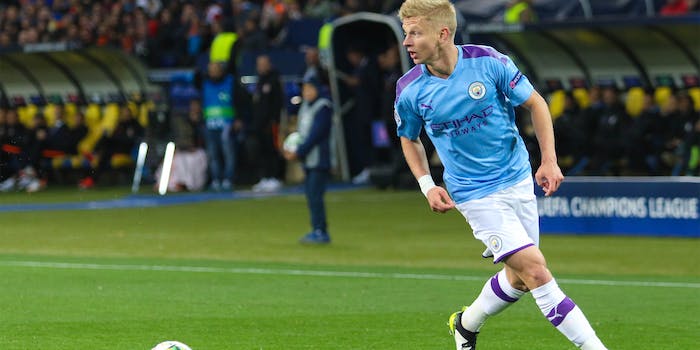 How to stream Manchester City vs. West Ham live

Manchester City is holding on to second place in an increasingly pear-shaped Premier League table.

The Manchester City vs. West Ham match that was supposed to stream live on Sunday has been postponed due to extreme weather concerns. (If you’re looking for a soccer match to watch during this time, you may want to check out Bayern Munich vs. RB Leipzig, the Bundesliga’s top two teams, facing off at noon ET.)

It’s looking less and less possible that Manchester City will defend its Premier League title, especially after suffering another Premier League loss last week while Liverpool just keeps winning. But there’s an immediate chance to win more silverware, as City advanced to the Carabao Cup final in midweek. United won the second leg 1-0, but City gave itself enough padding in the first leg to withstand losing the second leg.

West Ham’s got a different kind of problem. It faces the very real possibility of relegation, and it doesn’t help that it follows a trip to the Etihad with a trip to Anfield the following week. Then, after perhaps a bit of a respite against Southampton, it’s looking at matches against Arsenal, Wolves, Spurs, and Chelsea.

Manchester City (last five Premier League matches: WWDWL) lost to Spurs 2-0 last weekend, with both goals coming after Oleksandr Zinchenko. That result leaves City 22 points behind Liverpool in the league standings, though it’s also two points ahead of third-place Leicester in what’s looking to be a keen race for Champions League spots. (And, to show how pear-shaped the league is this season, City’s 21 points ahead of 14th-place Crystal Palace.)

West Ham (last five Premier League matches: LDLLD) drew in a wild 3-3 match against Brighton, after it looked as if it might stave off what is now a five-match winless streak. The Hammers went up 2-0 in the first half but then let in an own goal, answered with Robert Snodgrass’ second goal of the match, then gave up a pair of goals in the final 15 minutes.