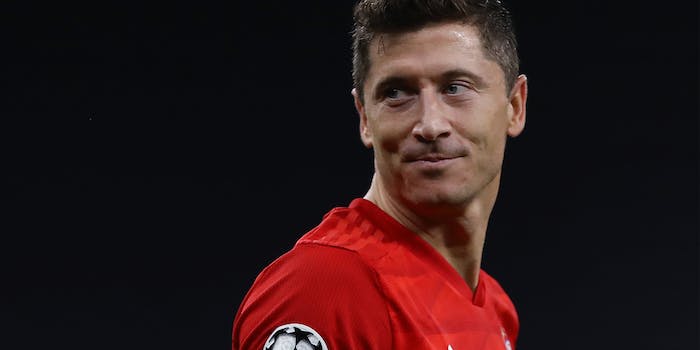 How to stream Bayern Munich vs. RB Leipzig live

The top two teams in the Bundesliga play a crucial match on Sunday.

Here’s everything you need to know to stream Bayern Munich vs. RB Leipzig live on Sunday.

It’s a battle of the top two teams in the Bundesliga, which didn’t necessarily look like it’d be the case a few months prior. It’s been an unusually tight race in Germany’s top flight this season, but Bayern Munich is looking like its back to its old dominant self with six-straight league wins.

Leipzig (to the continued consternation of traditional Bundesliga fans) has had a solid season itself, though it’s negotiating a rough patch with only two wins in its last five. It also got knocked out of the DFB-Pokal on Tuesday, perhaps earlier than expected.

The match is on FS2 and Fox Deportes; these streaming services provide fans the opportunity to catch Bundesliga action throughout the season.

Vidgo offers a package for under $40 a month that pulls together more than 60 English-language channels into its National English Package, including ABC, Fox, the ESPN family of channels (including ESPN Deportes), FS1, FS2, Fox Deportes and BeIN Sports for sports fans. It also offers an array of entertainment favorites, including A&E, HGTV, History, Lifetime, and a full range of Nickelodeon channels, including TeenNick and NickToons.

Bayern Munich (last give Bundesliga matches: WWWWW) kept its win streak going last weekend with a 3-1 win over Mainz, with all the goals in before halftime. Robert Lewandowski opened the scoring, giving him five goals in four matches for the calendar year and 35 goals in all competitions this season.

RB Leipzig (last five Bundesliga matches: DWWLD) salvaged a draw against Borussia Monchengladbach last weekend to keep right behind Bayern in the standings. Timo Werner has 20 league goals on the season, but he hasn’t scored in the last two matches, perhaps giving some insights on why Leipzig is having a bit of a rough patch.