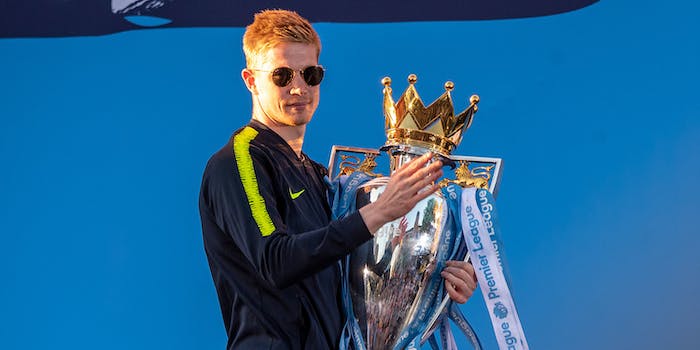 Check out when and how to live stream this week's Premier League matches.

The Premier League TV schedule is going to look a little funny the next two weeks. The league’s inaugural winter break aims to give each team close to two weeks between matches. That’s no doubt a welcome rest for teams coming off the holiday fixtures, as well as those who are in Champions League, Europa League, and FA Cup competitions.

So, Matchweek 26 will run over two weekends, with Man City highlighting the first weekend’s affairs. In the second weekend, running Feb. 14-17, Liverpool keeps its unbeaten run going and Chelsea and Man United face off in a Monday evening match to close things out.

Spanish-speaking viewers have quite a few options. For bilingual families, you might consider the Español: Best of Spanish TV package for either Sling Orange or Sling Blue for 24/7 specialty channel LaLiga TV and beIN SPORTS Connect: Channels 4-9, which features matches from La Liga, Ligue 1, and Copa del Rey, among others. Both packages cost $5 per month after your free trial. Sling TV Latino is another Spanish-language package for $10 per month, including NBC Universo, History en Español, and—of import to soccer fans—four beIN SPORTS channels. (And choosing Best of Spanish + Sling Orange for $35 per month gives you access to ESPN Deportes.) For more information, check out our guide to Sling TV channels and our Sling TV review.