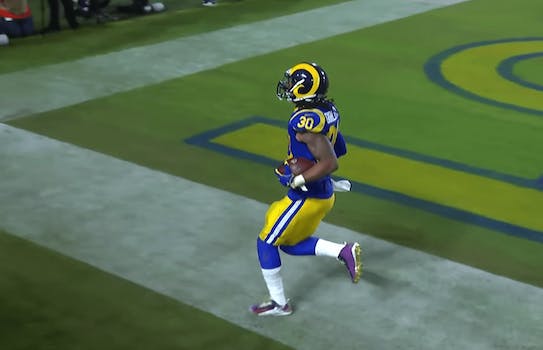 Here's all you need to know to watch and enjoy the late afternoon NFL games in Week 15.

We’re getting down to the wire of the NFL season and December is when things get really interesting. Who plays when? Which games have playoff implications? Who’s on track for a top draft pick? How can I watch? Don’t worry: we’ve got you covered.

Here are all the games that will be played at 4:05pm or 4:25pm ET in Week 15 on Sunday, Dec. 15th, ranked in order from must-watch late-season action on down.

Some games are carried on CBS and others air on FOX, and we’ll tell you what game plays on which channel. But, remember to consult the coverage maps to find out what’s playing in your region. NFL Sunday Ticket is the only way to make sure you have access to every game and NFL Red Zone is the only way to check out two or more games on this list at the same time.

How to stream Sunday’s NFL action

This is one of the most consequential games of the day, as both of these teams are playing to keep post-season hopes alive. The Eagles and Cowboys seem to be in a competition to see who can lose the most games and still win the NFC East. The 8-5 Rams are finally getting their act together as the season comes to a close, but have the misfortune of being in the best division in the NFL. The Boys are trending down and the Rams are trending up, but this game could go either way as both squads features some of the most explosive offensive weapons in the league.

Playoff implications: Big time. The Cowboys need to start winning to hold onto the NFC East and the Rams have to move ahead of one of these wildcard teams (currently the Seahawks and the Vikings) to get into the postseason.

How to watch: FOX (via Sling TV, Hulu with Live TV, Fubo TV or YouTube TV) and NFL Sunday Ticket

This game could be really fun, even if it doesn’t mean much. The Browns need the Steelers and the Texans or Titans to almost lose out to get into the postseason and the Cardinals are statistically eliminated. But, these two teams have had good weeks and are capable of putting up serious points. Both Kyler Murray and Baker Mayfield have their ups and downs, but when they are playing well, both QBs are a good time.

Playoff implications: The Browns could get into the playoffs with help from a few teams, but odds are they are only technically in the hunt at this point.

Betting line: The Browns are 3-point favorites, with the over at 49 points. (Only the Texans-Titans game is projected as more of a shootout.)

Though the Chargers have pulled out a nice win here and there this season, this looks like the end of the road for Philip Rivers and his longtime team. The Vikings have too much offensive firepower to lose to a team in disarray and Kirk Cousins’ early-season jitters are a distant memory. Barring a miracle, the Vikes should roll.

Playoff implications: In the next couple of weeks, the Vikings could move up the wild card rankings or take control of the NFC North. Though seeding is still to be determined, Minnesota will likely be going to the playoffs.

Betting line: The Vikings are 1-point favorites even though the Chargers are hosting.

There was a time this season when these two teams were exciting, but that time has come and gone. The Minshew magic of the early season Jags has evaporated. The injury-plagued Raiders have dropped three of their last four. You like the Raiders to win here, but it’s tough to like this game overall.

Playoff implications: Like the Browns, the Raiders are still technically in the playoff race, but what faint glimmers of hope they have of a postseason berth should fade away soon enough.

Betting line: The Raiders are favored by 6 1/2 points.

The Falcons have gotten frisky lately, winning three of their last five, but that newfound optimism will likely come to an abrupt end against the San Francisco 49ers. The Niners look unstoppable as their Jimmy G-led offense is finally catching up to their historically good defense. Meanwhile, the Falcons are fielding one of their worst teams in memory. This late-season surge in Atlanta has been notable and perhaps this game will be closer than we thought. But this looks like the Niners’ league with most other teams just playing in it.

Playoff implications: The Seahawks are nipping at the Niners’ heels. San Francisco could end up a wild card instead of holding home-field advantage if they drop another game. Look for an exciting matchup between Seattle and San Francisco to end the regular season.

How to watch: FOX (via Sling TV, Hulu with Live TV, Fubo TV or YouTube TV) and NFL Sunday Ticket

Note: Betting lines provided by the oddsmakers at William Hill.