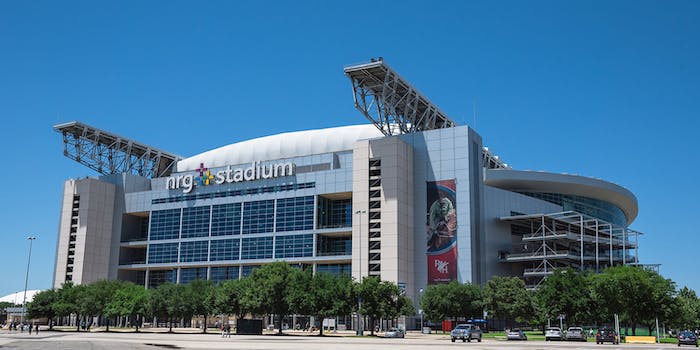 How to stream Raiders vs. Texans live

A fading Raiders team faces a tough challenge as the Texans look to bounce back from two losses in a row.

Don’t worry about the Texans.

NFL fans and analysts have a bad habit of recency bias. Oh no! Houston just lost to a division rival and have sunk to 4-3, nearing .500.

While this is all technically true, Houston’s losses have come against some of the league’s best teams: The Chiefs, the Colts, and the Saints. Granted, the Texans can’t drop many winnable games if they want to take the division, but it’s hard to imagine this squad missing the playoffs.

Houston has been an offensive juggernaut this season, even in their losses. Despite a great defensive performance by Indy last week, Deshaun Watson still threw for 308 yards and the Texans had two 100-yard receivers. Two games prior, Watson chucked it for 425 yards and five touchdowns. Watson is averaging almost 300 yards through the air per game.

The Texans aren’t perfect. The running game is off and on with the backfield split between two decent runners in Duke Johnson and Carlos Hyde. Houston’s defense has been inconsistent. Recently, the line has played well, getting pressure while the secondary has been awful, allowing QBs to make the most of their opportunities.

Luckily for the Texans, they will face a Raiders team that is inconsistent on both sides of the ball. While tight end Darren Waller (126 yards, 2 TD) and running back Josh Jacobs (134 yards) went crazy last week against Green Bay, the Raiders still lost and Derek Carr threw a pick.

In general, Carr struggles to get anyone but Waller or Jacobs going, and if they don’t have amazing games, the offensive attack stalls. Carr only averages 235 yards a game through the air with this limited offense.

On defense, the Raiders have been middle of the road. Last week’s effort resulted in no pressure on Aaron Rodgers from the defensive line and no resistance from the secondary. Yes, it was Aaron Rodgers, but Watson is nearly as dangerous when he is at his best. Though the line and linebackers have had their good games against weaker QBs, the secondary has struggled against even lower-tier signal-callers.

Oakland might put up a fight here, but this Texans team seems destined for better days, and Watson might just pick apart this Raiders secondary. Look for Houston to win comfortably.

There are a number of options for watching Raiders vs. Texans on streaming platforms that carry CBS. However, consult a coverage map to see what game your regional channel will be playing.

Raiders vs. Texans live stream: How to watch NFL online

There’s NFLSundayTicket.TV, which costs $73.99 per month for four months. It’s everything you love about NFL Sunday Ticket but online only. You can stream from pretty much any device that connects to the internet (but only on one device at a time).

Darren Waller, Tight End: Waller has been one of the best surprises of this fantasy season. If he is healthy, you start him every week.

DeAndre Hopkins & Kenny Stills, Wide Receivers: It feels easy to suggest you start Hopkins against a bad secondary, so we’ll go a step further. Go ahead and take Stills off of your bench as well. He went for over 100 yards last week, and as long as Will Fuller is sidelined, this team can carry two fantasy receivers against weak secondaries.

Oakland Raiders vs. Houston Texans: Why it matters

This is a very important game for both teams. The Raiders have their best chance of the season to gain ground on the Chiefs in the AFC West while Patrick Mahomes is on the sidelines. Houston needs a win here now that the Colts have snatched first place in the AFC South.

While the Raiders could make things interesting in the wild card race, you get this sense this is the kind of team that looks back on 2019 as a year of “ifs.” If Derek Carr was a little better. If the D was a little tougher. If the AFC was a little softer. Oakland feels like a classic 8-8 team.

Houston looks pretty special. Even if they don’t play to their potential, the Texans only have three tough games left on their schedule (Ravens, Colts, Patriots), and their last four games are Broncos, Titans, Bucs, Titans. This Texans team will be fine.

In this game, we predict balance will be restored to the world, and the Texans will claim a decisive victory.