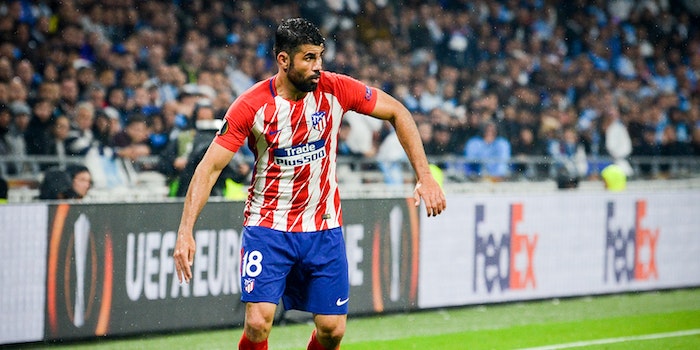 How to live stream Guadalajara vs. Atletico Madrid

Can the Mexican giants hang with one of Europe's toughest clubs?

The 2019 International Champions Cup rolls on with a Tuesday matchup made possible by the organizers’ expanded field of teams. Atletico Madrid fits the role of European giant, as this year’s La Liga runner-up and Champions League participant, albeit without its recently departed star forward. CD Guadalajara—a perennial Mexican power in the midst of a challenging passage—will enjoy a de facto home-field advantage in front of what should be a friendly, pro-Chivas North Texas crowd.

Here’s everything you need to know to watch CD Guadalajara vs. Atletico Madrid at the 2019 International Champions Cup.

The match is on both ESPN and ESPN Deportes. With a one-week free trial via all the services listed below, it provides an easy way to stream Chivas vs. Atletico Madrid and other International Champions Cup matches.

Spanish-speaking viewers have quite a few options. For bilingual families, you might consider the Español: Best of Spanish TV package for either Sling Orange or Sling Blue for 24/7 specialty channel La Liga TV and beIN SPORTS Connect: Channels 4-9, which features matches from La Liga, Ligue 1, and Copa del Rey, among others. Both packages cost $5 per month after your free trial. Sling TV Latino is another Spanish-language package for $10 per month, including NBC Universo, History en Español, and—of import to soccer fans—four beIN SPORTS channels. (And choosing Sling TV Latino + Sling Orange for $30 per month gives you access to ESPN Deportes.) For more information, check out our guide to Sling TV channels and our Sling TV review.

CD Guadalajara vs. Atletico Madrid at the International Champions Cup: Why it matters

It’s been a rough ICC for Chivas: The squad lost its first two matches, 2-1 to Fiorentina and 3-0 to Benfica, and goes from Tuesday’s match to compete in an increasingly challenging Liga MX. It’s been a steep dropoff since Chivas won the 2018 Concacaf Champions League and went on to the FIFA Club World Cup; perhaps the players are missing former coach Matias Almeyda, who has moved on to do some miracle-working in MLS by transforming the San Jose Earthquakes into a playoff contender. They have remade the lineup some in the offseason; the most eyebrow-raising move being Oribe Peralta moving from Chivas’ implacable Club America rivals.

Atleti’s in a bit of a transformational time itself: Star striker Antoine Griezmann, who was winning a World Cup with France last summer, moved to Barcelona after making a very public decision (in documentary form) to stay with Los Colchoneros just last year. Atleti’s moving on, with young Portuguese star-in-the-making João Felix recently onboarding and receiving the #7 jersey Griezmann just vacated. Mexican midfielder Héctor Herrera is also a recent recruit for manager Diego Simeone’s grinding, defense-first, dark arts-rich style of play. (This is, after all, the team Diego Costa returned to after several epic years of “housery” for Chelsea.)