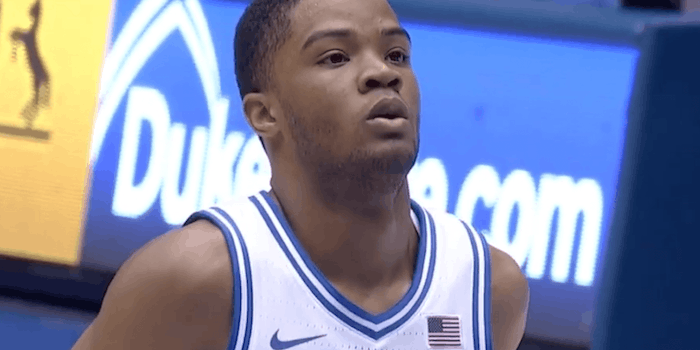 College basketball stream: How to watch Duke vs. Colorado State

Duke opens at home with a non-conference matchup against Colorado State.

The No. 4 Duke Blue Devils on Friday host the Colorado State Rams, in a non-conference matchup at Cameron Indoor Stadium, in Durham, North Carolina.

The young Blue Devils are coming off an exciting, tone-setting 68-66 win over No. 3 Kansas Jayhawks, in a thriller on Tuesday during the Champions Classic in New York City. Led by sophomore guard Tre Jones, Duke started three freshmen—Vernon Carey, Matthew Hurt, and Cassius Stanley—who combined for 35 points, while contributing big plays down the stretch.

No. 4 Duke opens the season with an impressive W over No. 3 Kansas in MSG! 🔵😈 pic.twitter.com/ca7FLHYrYm

Here’s everything you need to live stream the non-conference matchup between the Duke Blue Devils and the Colorado State Rams.