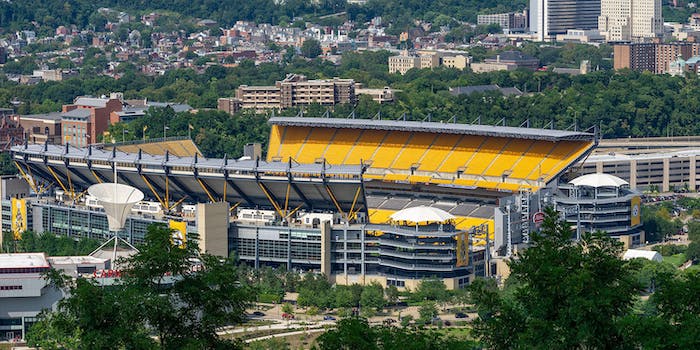 How to stream Steelers vs. Bengals on Monday Night Football

Two AFC North bottom feeders duke it out in a last-ditch effort to salvage their seasons.

The Pittsburgh Steelers and Cincinnati Bengals sit at the bottom of one of the worst divisions in football, and things aren’t looking up for either team.

Before quarterback Ben Roethlisberger was ruled out for the season, the Steelers offense looked tepid. Now it just looks awful. A Bengals team without A.J. Green has looked equally impotent through three games.

Pittsburgh’s pass defense has looked stout, though it hasn’t been enough to translate to victories. The Steelers trade for safety Minkah Fitzpatrick has already paid off: The former Dolphin had five tackles, an interception, and a forced fumble on Sunday. T.J. Watt had a pick and a fumble recovery. Stephon Tuitt added a sack and seven tackles.

At the end of the day, none of that matters if the offense can’t stay on the field. Because of the Steelers’ weak passing and awful running, a tired D has spent a lot of time on the field.

Luckily for the Steelers, the Bengals match their offensive ineptitude. Last week, Andy Dalton got intercepted twice, and their most promising receiver John Ross III managed a measly 22 yards. While Joe Mixon managed a season-high 61 yards, he still has less than 100 yards on the season.

The Bengals defense hasn’t flashed as much as the Steelers, but there have been bright spots. Andrew Billard and Darius Phillips had nice games last week. However, Cincy’s D also has serious liabilities like Dre Kirkpatrick, and as a whole, you can’t look at this defense as a net positive.

Overall, these are two bad teams with a lot of problems. However, the Steelers defensive strength should be enough to give them the edge, especially with home-field advantage.

Steelers vs. Bengals live stream: How to watch MNF online

Defense/Special Teams: It’s hard to find a consistent bright spot on the Steelers offense right now, but the defense forced five turnovers last week, and could be a strong streaming option in Week 4.

Joe Mixon, Running Back: Mixon had a nice game last week after a rough start. If Mixon has found his legs, a soft Steelers run defense could make him a nice flex play.

Steelers vs. Bengals: Why it matters

We have to figure out how bad these two teams are. Are these teams competitive enough to spoil some games late in the season and keep this division competitive? Or are we looking at two teams playing for draft picks?

Mason Rudolph might improve at quarterback for the Steelers. He has only had one start since Big Ben’s injury. Veteran Andy Dalton doesn’t have much of an excuse in Cincinnati, and it’s hard to imagine things getting better for the Bengals.

It is very difficult for 0-3 teams to make the playoffs, and that’s where both of these teams are sitting. But, these next games are going to be important to fans of both teams, as they figure out just how much of a rebuild might be required going forward.

It’s highly likely that 2019 is going to be a lost season for both of these squads. The rest of this season will be helpful in determining just how tough of a road might lie ahead.