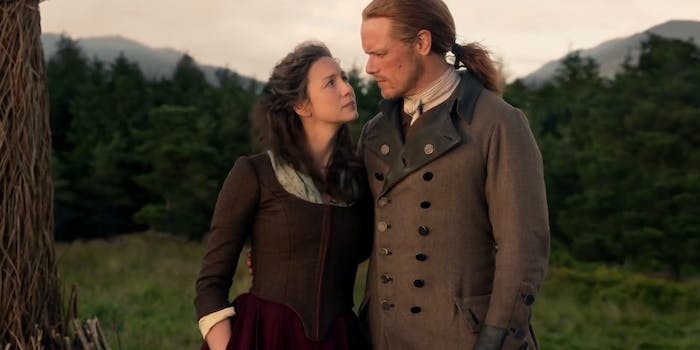 How to watch ‘Outlander’ season 5 online

One day World War II nurse Claire Randall is visiting Inverness, Scotland, with her husband. The next, she’s transported back in time to 1743.

Outlander, the celebrated drama based on Diana Gabaldon’s historical time-travel series, is entering its fifth season. Last we saw Claire, she was living in the British colony of North Carolina, in an America that’s already starting to bubble over into revolution. Will Claire find a way to return to Scotland before the powder keg is lit?

Here’s everything you need to know to watch Outlander season 5.

When does Outlander season 5 air?

The first episode of Outlander season 5 premieres on Sunday, Feb. 16, at 5pm ET. The season will contain 12 episodes, and a sixth season is also confirmed to be coming.

What channel is Outlander on?

The Starz standalone app is the most direct way to watch Outlander season 5, even if it is without the frills of additional channels. You can watch all new and past episodes of Starz shows like American Gods, but you’ll also gain access to other Starz shows like Power and Black Sails, along with the current lineup of Starz movies.

If you’re always online, there’s a good chance you’re already tapping your Amazon Prime account for your streaming needs. Prime Streaming is only $119 per year, but you can try it for 30 days free. Adding Starz to your Prime Video channels lineup couldn’t be simpler. Once added, you’ll not only be able to watch Outlander season 5, but you can also catch all those episodes you missed on-demand. You can also try the Starz channel add-on free for a week before you commit to the $8.99-a-month subscription.