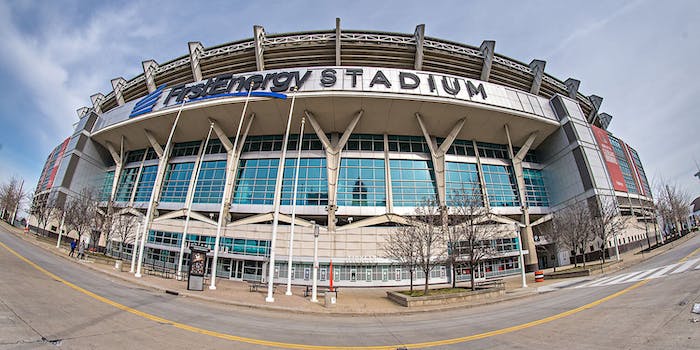 How to stream Browns vs. Rams on Sunday Night Football

A solid Cleveland Browns team faces a test against a high-flying Rams offense.

On Sunday night, the Browns face a real test.

It’s tempting to write off the Cleveland Browns Week 1 loss as a fluke after the team’s stronger Week 2. If this Browns team can keep it going against a dominant Los Angeles Rams squad, it would go a long way toward proving this team can contend in the AFC North.

After a shaky start, the Browns looked like the team they were expected to be against a depleted Jets squad last week. Mayfield threw for over 300 yards. Stud pass catcher Odell Beckham Jr. went for 161 yards and a touchdown. Running back Nick Chubb added a TD of his own. On defense, Myles Garrett notched 3 sacks. All was right with the world.

This was how it was supposed to go. It was also a sharp contrast to Week 1, when Mayfield threw three picks and the team lost by 30.

Where the road has been bumpy for Cleveland, the Rams are rolling. Los Angeles stomped the Saints last week after an injured Drew Brees left the game.

There have been some quibbles with this Rams squad. It has taken a while for the offense to get going thanks to weak offensive line play. The special teams unit has had some shaky moments early on as well.

But, none of that matters once this Rams team starts firing on all cylinders, and that’s what usually happens. The receivers went crazy last week, led by a 120-yard day from Cooper Kupp. The team added over 100 yards on the ground. And the defense, led by a dominant Aaron Donald, did their job.

It would be a shocker if the Browns upset the Rams this week, but if they hold their own in a narrow loss, Cleveland fans should still be able to breathe a sigh of relief.

Browns vs. Rams: Why it matters

With Drew Brees poised to miss six weeks of football, and uninspired starts from the bulk of the NFC South and NFC North, the Rams could pull away in the conference after only a few weeks of football. Only the Cowboys seem like a match in terms of fire power, so another Super Bowl run might be in the cards for this Rams squad.

A Cleveland team that seemed ready to come into its own has faced some unexpected challenges. A resurgent Ravens team lead by Lamar Jackson looks like a real threat, even if the Steelers have stumbled. A few more losses could dim that dream of a division title for the Dawg Pound.

It is likely that the Rams will walk away with a win in this game, but just how difficult Baker Mayfield and company can make this game for them will speak volumes about the true growth of this Cleveland Browns team.