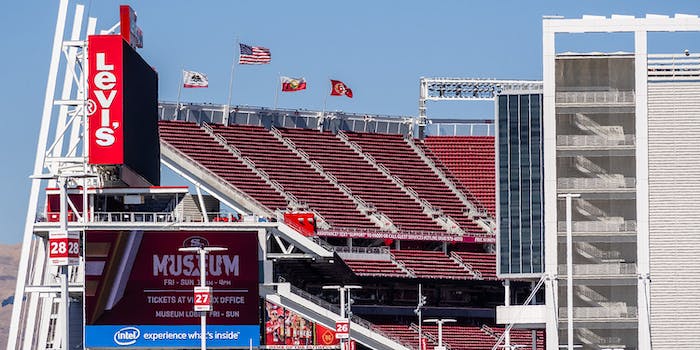 How to stream Browns vs. 49ers on Monday Night Football

Which of these young quarterbacks can take their upstart squads all the way?

The Cleveland Browns are finally playing as well as they are supposed to.

The Browns’ vaunted offense simply hasn’t played up to expectations—until last Sunday, that is. Early weeks of underwhelming play were wiped away with their 40-25 beatdown of the Baltimore Ravens. However, they will face a serious test against an unbeaten San Francisco 49ers team on Monday Night Football.

Against the Ravens, the Browns offense was nothing short of amazing. Baker Mayfield threw for 342 yards, 167 of which went to Jarvis Landry. Nick Chubb ran for an unreal 165 yards and three touchdowns. And all of this was despite an oddly quiet 20-yard receiving day from Odell Beckham Jr.

This high-octane offensive performance shouldn’t diminish the achievements of a defense that bottled up Ravens QB Lamar Jackson. The impressive stat line of four sacks, six tackles for a loss, and two interceptions doesn’t even quite get at how dominant the defensive unit really was.

Even if the Browns play up to where they were last week, they will have a challenge in the 49ers. The Jimmy Garoppolo-led squad has looked impressive so far, and they will be coming off of an early bye week refreshed and ready to play.

The 49ers offense isn’t always dazzling, but the bruising combination of George Kittle at tight end and Matt Breida at running back has been enough to gut out wins.

Though Jimmy G. hasn’t put up amazing stats, he has played well and avoided mistakes. With a defense that was number 2 in DVOA heading into their bye, according to Football Outsiders, Garoppolo doesn’t need to be perfect to win games.

This should be one of the best matchups of the week, as two imperfect teams with a lot of potential try to prove just how well they have figured things out.

Browns vs. 49ers live stream: How to watch MNF online

Odell Beckham Jr., Wide Receiver: Don’t be put off by OBJ’s disappointing outing last week. He is still the number one option in Cleveland’s offense. With Jarvis Landry going through the concussion protocol, Beckham may be the best receiving option on the field by far.

George Kittle, Tight End: Cleveland’s defense is really good, and running back Matt Breida has been up and down on the year to date. While you are likely starting Breida, you want to see another solid performance or two before you feel great about it. Kittle is the only sure thing on this offense in Week 5.

Browns vs. 49ers: Why it matters

These two teams are vying to be the future of the NFL, and in some weeks this season, they have looked like it. But, at other times, they haven’t.

The question is whether these teams have signal callers who are really ready to go the distance. The problem for Baker Mayfield has been mistakes: the QB has more interceptions than touchdown passes through four weeks.

Jimmy G isn’t perfect either. He needs to get more productive and find consistency with someone other than Kittle.

Despite these shortcomings, both of these quarterbacks are talented and have dynamic weapons around them. Both squads also have the kind of defensive talent that can bail them out if the going gets tough.

These are two similar teams that could produce one of the most exciting matchups of Week 5.