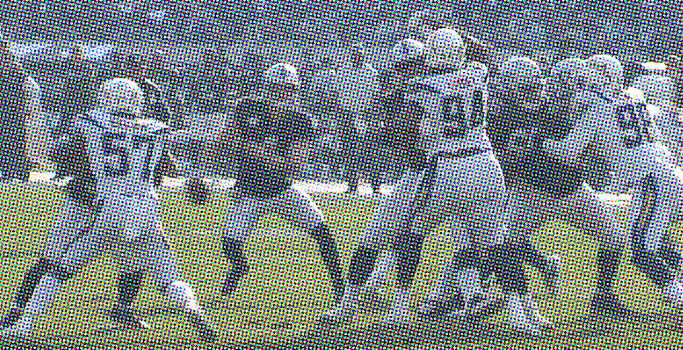 NFL/YouTube | Remix by the Daily Dot

Thursday Night Football: How to stream Raiders vs. Chargers

Two teams that keep surprising us match up in prime-time.

Sometimes a game that looks like a dud on the schedule suddenly gets interesting.

This is the case with this Thursday’s matchup between the Oakland Raiders and the Los Angeles Chargers. At various points this season, these two teams appeared to be left for dead. Now, the Raiders are sitting at .500 after a convincing defeat of the Lions and the Chargers knocked off the elite Green Bay Packers.

As these teams face off, each of them suddenly has one last chance to keep their season alive. Which squad will capitalize on the opportunity? Will it be Joshua Jacobs’ stellar rushing or L.A.’s defensive tandem of Joey Bosa and Melvin Ingram that make the difference here?

Here’s everything you need to know to live stream Raiders vs. Chargers, including what to watch for on the field.

How to stream Thursday Night Football: Raiders vs. Chargers

How to stream Thursday Night Football

Raiders vs. Chargers stream: What to watch for

We are reaching that point of the season where a lot of teams will be playing meaningless football. But, sometimes middling teams can step into a week with everything on the line. This is one of those weeks.

For the Chargers, the story is deceptively simple: The things that haven’t been working all season worked against the Packers last week. Rarely have Melvin Gordon and Austin Ekeler both had good games this season. This week, they went for 80 and 70 yards on the ground, respectively. Gordon, in particular, hadn’t been himself after a long holdout, but last week he got into the end zone twice.

Quarterback Philip Rivers has seemed like the aging gunslinger he is this season, tending to throw bad picks when it counts. Last week he threw no interceptions and got the long ball going. Mike Williams had 111 yards receiving on just three receptions.

On defense, the story was the same. This unit is built around letting Bosa and Ingram doing their thing. Both men were finally healthy and in top form in the game against Green Bay. Bosa had four tackles, 1.5 sacks, and four QB hits. Ingram had 1.5 sacks as well, along with three tackles and two QB hits. While the defense remains weak overall, when these two shine, L.A. has a chance to win.

The Raiders have had a few games where things have gone as planned this season, and last week’s bout with the Lions was one of them. Rookie of the year contender Joshua Jacobs ran for 120 yards and two touchdowns while Derek Carr avoided turnovers.

Oakland’s defense is still not very good. Matt Stafford threw for over 400 yards and didn’t have to handle too much pressure along the way. But, last Sunday, they were good enough. However, the Raiders headed into the week at 28th in the DVOA rankings and likely won’t improve much from there.

These are similar teams: Bad defenses and inconsistent offenses will likely keep them out of the playoffs. But, they have the right weapons to beat anyone if things fall their way. The Chargers have knocked off the Packers but lost to the Steelers, Titans, and Broncos. The Raiders have beaten the Colts but have had weeks where they lose by 20 points.

With the Raiders and Chargers both within striking distance of a wild-card berth in the underwhelming AFC, a win here could spark a run for either team. By the same token, a loss for either squad would be deflating. While the barrier of entry for an AFC playoff berth is fairly low, a loss here should put either squad on the outside looking in.

We give a slight edge to the Chargers here because they have explosive players on both sides of the ball. But, since these teams have done nothing but surprise us all year, a Raiders win could easily be in the cards. Expect a game where anything can happen.