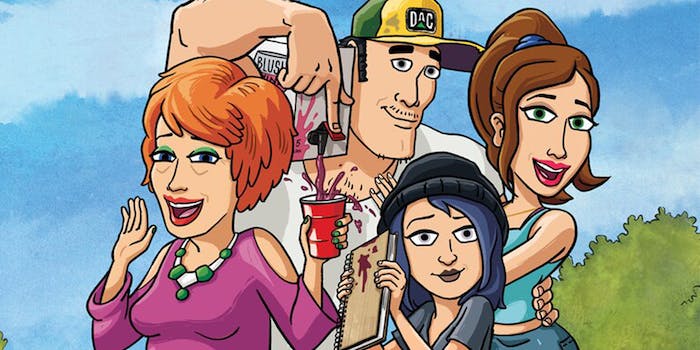 How to stream ‘Bless the Harts’

Not since King of the Hill has a down-home animated family been this charming. Bless the Harts is–well–heartwarming.

Jenny Hart is a single mom who lives in Greenpoint, North Carolina, struggling to make ends’ meet. Years ago, she ran out on her fabulously rich fiancé to rough it out on her own, but not before becoming pregnant with her daughter Violet. The once adorable baby girl is now a sarcastic and cynical teen, who occasionally makes her mother’s life even more difficult. Still, the Hart gals always come together in the end, with the help of the wise but inebriated grandma Betty, and mom’s well-meaning dullard boyfriend Wayne.

Here’s everything you need to know to stream Bless the Harts.

What is Bless the Harts?

The show was developed by Emily Spivey, who wrote for comedies such as Saturday Night Live and King of the Hill. The latter was a big influence on the show, according to Spivey. It even claims to exist in the same universe. The Mega-Lo-Mart store first introduced in King of the Hill makes appearances in Bless the Harts.

How to stream Bless the Harts

Bless the Harts on Hulu with Live TV

Bless the Harts on FuboTV

To watch Bless the Harts, you’ll want to dock in at the FuboTV Standard level.

Bless the Harts on Sling TV

Bless the Harts on Vidgo