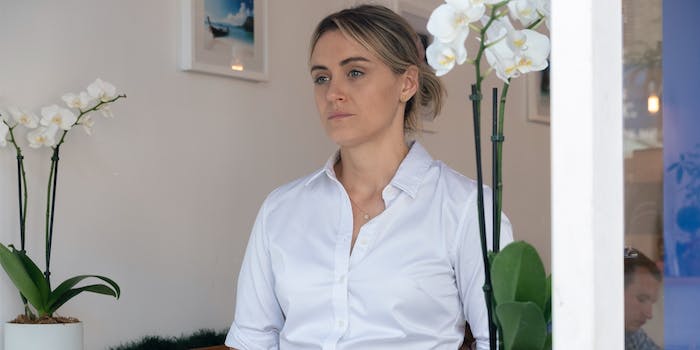 ‘Orange Is the New Black’ comes to a messy, beautiful end in a must-watch season 7

From day one, ‘OITNB’ has put its humanity first.

Orange Is the New Black doesn’t get enough credit.

As much as fans and critics have lauded Jenji Kohan’s prison dramedy series, it still feels somewhat overlooked in 2019. Overshadowed by bigger, flashier Netflix shows like Stranger Things, OITNB‘s days as the service’s flagship program are long gone (even if it’s still supposedly the platform’s most-watched original show).

Orange Is the New Black: Season 7

The final season of ‘Orange Is the New Black’ brings a messy, beautiful conclusion to a show that changed television forever.

OITNB changed the way we talk about TV—and maybe that’s the trouble. The show signaled a “giant leap” for onscreen representation earlier in the decade that has yet to be fulfilled. Still, it paved the way for more diverse and inclusive TV shows that have arguably overshadowed and “out-woked” it. OITNB‘s greatest legacy—that it opened so many doors—is also the main reason why it’s often overlooked.

But being overlooked is a small price to pay when a show not only breaks barriers, but remains this good for seven seasons. It’s delightful and infuriating to be back at Litchfield. After setting up its endgame nicely in season 6, the final season of OITNB puts all our most beloved (and reviled) characters at a crossroads. Taystee (Danielle Brooks) is on the verge of giving up after being sentenced to life in prison. Piper (Taylor Schilling) is dealing with the opposite concern, struggling to readjust on the outside while maintaining her relationship with the still-incarcerated Alex (Laura Prepon). An unlikely friendship between Suzanne and Pennsatucky (Uzo Aduba and Taryn Manning) is flourishing. Several characters have a new work assignment: cooking for the women in an ICE detention facility.

What, you really thought the show as going to sit that one out? OITNB has been nothing if not on the pulse of the country’s hot-button talking points for the past six years. In addition to tackling the Trump administration’s cruel and inhumane immigration policies and the ongoing moral depths of the prison industrial complex, season 7 takes on the Me Too movement. (How all these cultural touchstones add up, given that the show is supposed to take place in a little over a year, is a question for another day.)

Despite its best intentions, OITNB‘s tendency to cover as much ground as possible has also led to valid criticism about how this can do a disservice to certain subjects. But the series doesn’t simplify Me Too. Instead, it makes a bold choice to center its Me Too narrative around one of its more complex characters: the frequently downtrodden, crusading prison administrator, Joe Caputo (Nick Sandow).

Now in a semi-healthy relationship with his former boss, Natalie “Fig” Figueroa (Alysia Reiner, in one of the show’s most dramatic character turnarounds), Caputo must reckon with his past actions when a former CO accuses him of inappropriate conduct. At first he’s incensed, but slowly he begins to realize that his accuser is right, that he did act inappropriately. That OITNB chooses not to make the perpetrator a monster keeps with its humanist streak. Some may bristle that it lets Caputo off easily, but I love that this show continuously acknowledges that even those who do good are capable of doing bad—and vice versa.

The ICE storyline is no less affecting, despite feeling a bit rushed in an already-packed final season. At times, the material does veer into emotionally manipulative territory, but the show handles the topic with such urgency that it makes up for all the tear-jerking. One of OITNB’s great skills is making viewers laugh out loud one minute and shake their heads in disgust the next. Prepare for a lot of the latter during this season’s immigration-related scenes.

Then there’s Piper. Once again, the show’s living embodiment of white privilege continues to feel sorry for herself in ways that are truly brazen. That’s not on Schilling, whose performance is as good as it’s ever been. If anything, the problem is that Kohan and her writing staff are always looking for new ways to make Piper do something incredibly stupid. And of course, there’s her relationship with Alex, which lands somewhere between the most punishing moments of season 3 and least punishing of season 1 on the annoying scale.

It’s fine that Kohan and Co. spend a lot of time saying goodbye to Piper. The bigger issue is that so many other characters don’t get the farewell they deserve. Of course, no prison show with a shred of honesty should give everyone a happy ending, and indeed, a few characters’ storylines reach heartbreaking conclusions. The problem with the finale (and the final sequence in particular) is that certain characters’ endings are too neat and tidy, verging on fan service, while others are jarringly vague.

Still, given how much people disliked the end of Weeds, Kohan’s previous TV outing, I doubt fans will find much to grumble about here. OITNB ends messily, but that’s true to character. The show’s final season balances hope and despair and still knows how to surprise when it chooses. Several familiar faces return for moving cameos, and longtime cast members like Natasha Lyonne, Selenis Leyva, Yael Stone, Jackie Cruz, Laura Gómez, and Kate Mulgrew turn in some career-best work.

From the second it premiered, Orange Is the New Black went for the heart. Even Regina Spektor’s divisive theme song feels like a window into the lives of the disenfranchised. Despite its faults, Orange Is the New Black always made its humanity its defining characteristic—and like all great art, at its best, it became a tool for generating empathy.