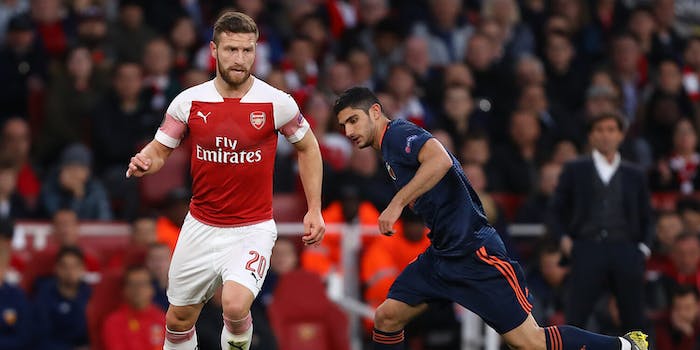 How to stream Arsenal vs. Manchester United live

It’s been a tough stretch for Arsenal, even as new manager Mikel Arteta has helped show the Gunners the light at the end of the Premier League holiday fixtures tunnel. Can Arsenal get the win it needs on New Year’s Day? Or will this match be a further indication that Manchester United has its season back on track?

This is the best and last of a full slate of Premier League matches on the first day of 2020. Here’s everything you need to know to stream Arsenal vs. Manchester United live.

Arsenal (Last 5 Premier League matches: WLDDL) lost a 2-1 heartbreaker to Chelsea over the weekend to drop to 12th in the table. Pierre-Emerick Aubameyang got the opening goal in Arsenal’s impressive first-half performance, but the defense gave up two late goals to absorb yet another defeat. The first goal came courtesy of Jorginho, who many thought should have been off for a second yellow, and the second goal was the result of a mistake from the much-maligned Shkodran Mustafi, who suffered a head-to-head collision just moments before. Yet the fact remains: Arsenal has now just one win in its last 12 Premier League matches. These are the dark times.

Manchester United (Last 5 Premier League matches: WDLWW) bounced up to fifth in the standings with a 2-0 win over Burnley. Anthony Martial, on a bit of a roll lately, scored the opener, with Marcus Rashford providing a late insurance goal in stoppage time. While it’s still a bit more of a climb to break into the top four, United only finds itself four points behind an inconsistent Chelsea squad heading into the New Year.