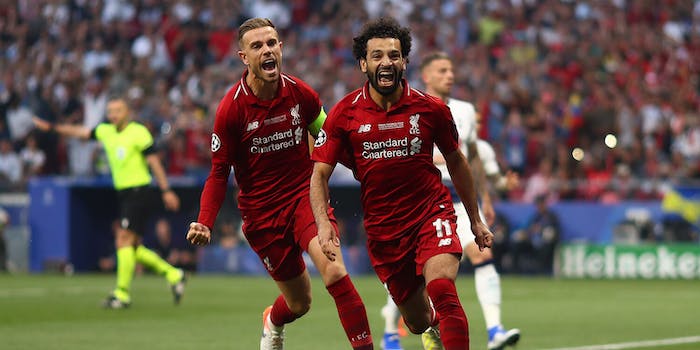 Get ready for eight days of Premier League action.

For Premier League soccer fans, it’s the most wonderful time of the year. The holiday fixture schedule, as it’s known in England, is the chance for fans around the world taking Christmastime off to watch soccer almost every day. This year, there are a great number of matches streaming live between the day after Christmas and the day after New Year’s Day. If you’re a fan of one of the top Premier League teams, you’ll have a few opportunities to see your team in action.

Here are the 10 can’t-miss games—and how to stream them online in the U.S.

What are the holiday fixtures?

Think of it as the bowl season in college football, except they’re games in the middle of the Premier League season. Around the week between Christmas and New Year’s Day, the Premier League schedules three weeks’ worth of matches into what is typically a seven or eight-day span. While a number of the world’s soccer leagues go on hiatus during the holidays, including La Liga, the Bundesliga, and Liga MX, the Premier League makes it a point to schedule wall-to-wall soccer during those especially festive days.

Why it’s on the list: It’s Spurs’ first match following a bizarre loss to Chelsea. While they didn’t seize on that chance to get back into the top four, they’ll look to bounce back against Brighton. Though Brighton’s coming off a recent loss, it dealt Arsenal a defeat a few weeks back and played Wolves tough in a 2-2 draw just two weeks prior.

Why it’s on the list: United’s coming off a 2-0 loss to lowly Watford and will look to take it out on Newcastle. The Magpies are riding high after a 1-0 win over Palace lifted them to ninth in the table, thanks to former Atlanta United star Miguel Almiron scoring his first Premier League goal and engaging in one of the most joyful celebrations of the entire year.

The passion.
The relief.
The euphoria.

Why it’s on the list: Wolves are showing that last year’s surprise seventh-place finish isn’t a fluke. They’re currently sixth in the table and could break into the top four if a few more things go their way. Though City has already dropped four matches, it could still successfully defend its title, but it’s going to take capitalizing on the Liverpool losses that haven’t yet happened.

Why it’s on the list: Though Norwich currently sits in the relegation zone, it does have recent draws against Arsenal and Leicester to its credit, and it has beaten City earlier this season. This match, in the marquee position on Saturday’s slate, is not one that Spurs will want to take lightly.

Why it’s on the list: Mikel Arteta’s home managerial debut will come against a Chelsea squad that slowed a recent skid in grand fashion by dispatching Spurs on Sunday. If Arsenal’s to be a factor in the top four race this season, it could use a statement win here to help that along.

Why it’s on the list: Assuming Liverpool survives the Leicester test, this is yet another challenge to the Reds’ quest for an unbeaten season. Wolves will have to play this match less than 48 hours after hosting City, while the hosts will still be just a week removed from a FIFA Club World Cup championship in Qatar.

Why it’s on the list: Carlo Ancelotti’s moved in as Everton manager, and one of his first matches in charge pits him against Pep Guardiola and a strong City squad at the Etihad. While it looks like Everton’s got enough talent and momentum to be safe from relegation, it’s not entirely out of danger yet.

Why it’s on the list: Though both teams are Europa League rather than Champions League representatives, this is still a marquee matchup of huge Premier League clubs worthy of a New Year’s Day showcase. Both teams would welcome a big win in a match like this to jump-start the season.

An honest assessment of today's #MUFC display from @HarryMaguire93…

Why it’s on the list: There’s a phrase familiar to Premier League fans to describe the challenge of multiple matches within this short time frame: Holiday fixture congestion. That’s particularly true for Liverpool, which rounds out three matches in eight days with this match against Sheffield United. The Blades are quietly and surprisingly in fifth place at the season’s halfway point, with only one loss since the end of September.

The matches are mostly on NBCSN; these streaming services provide fans the opportunity to catch Premier League action throughout the season.