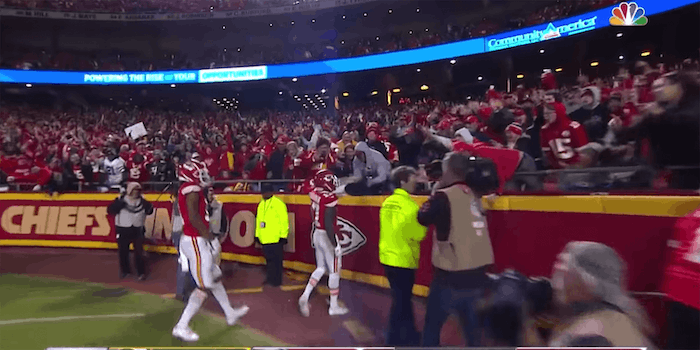 How to stream Chiefs vs. Vikings live

Despite potentially starting a backup quarterback, the Chiefs should still compete with the Vikings.

The Kansas City Chiefs may not need Patrick Mahomes to win. In fact, the Chiefs could pose a serious challenge to the Minnesota Vikings this Sunday even without him.

Backup quarterback Matt Moore was impressive leading the Chiefs offense on Sunday night against a Packers team that is one of the best in the NFL. Though the team fell short, it wasn’t until late in the fourth quarter that the game was out of reach.

It is unclear whether Mahomes or Moore will start on Sunday, but both players give this Chiefs team a chance to win. The story for the Chiefs has been the same all season. With the exception of a couple weeks where Mahomes hasn’t been himself, Kansas City has a dominant passing attack that makes them one of the most dangerous teams in the league.

Though Kansas City’s defense has been maligned in the past, thanks in part to the fact that Mahomes sets up shootouts, they’ve played pretty well this year. The 13th-ranked unit has some bright stars like linebackers Damien Wilson and Anthony Hitchens and defensive end Tanoh Kpassagnon, who have helped keep this defense together despite injuries.

Overcoming a slow start, Minnesota has been rolling in recent weeks. Kirk Cousins has gotten his sometimes erratic play under control and he has a four-game winning streak to show for it. Cousins has been minimizing turnovers and putting up big numbers. Running back Dalvin Cook has been a workhorse, averaging over 100 yards a game so far this year. The Vikings have developed into one of the most explosive offenses in football, comfortable winning through the air or on the ground.

Like the Chiefs, the Vikings have a solid defense. The 11th-ranked unit has been solid this year, with particularly great play from linebackers Anthony Barr and Eric Kendricks and defensive ends Everson Griffen and Danielle Hunter.

If we knew we were getting Mahomes at 100%, you would have to give the edge to the Chiefs here. But, if we get Mahomes at 65% or another week with Moore, we lean towards the Vikings. Kansas City doesn’t have a player dynamic as Dalvin Cook in their backfield and you have to give their receivers the edge.

This game feels like a toss-up, depending on personnel. Both teams have solid defenses and explosive offenses. No matter who shows up on the field, Kansas City has a chance to win.

There are a number of options for watching Vikings vs. Chiefs on streaming platforms that carry FOX. However, consult a coverage map to see what game your regional channel will be playing.

Chiefs vs. Vikings live stream: How to watch NFL online

Adam Thielen, Wide Receiver: It looks like Thielen will be healthy and ready to go this week. Stefon Diggs and Dalvin Cook are still must-starts, but unless we hear bad news before Sunday, Thielen is ready to go into fantasy line-ups as well.

Tyreek Hill, Wide Receiver: Hill didn’t even skip a beat in terms of production with Moore throwing to him. Hill has led the Chiefs in receiving for the last three games, and that should continue.

Kansas City Chiefs vs. Minnesota Vikings: Why it matters

Right now, these teams feel pretty evenly matched. With Matt Moore in the lineup, the Vikings probably have the edge. That being said, with how competitive the Chiefs were against the Packers, this game could still go either way.

The Vikings are chasing the Packers in the extremely competitive NFC North, so this game probably means a little more to them. That being said, with the Chiefs having some bad luck and some tough injuries, they need every win they can if they hope to earn a first-round playoff bye.

Minnesota needs a win slightly more, and they are a little healthier, so we give them the edge. But, this could be one of the best and most competitive games of the week.